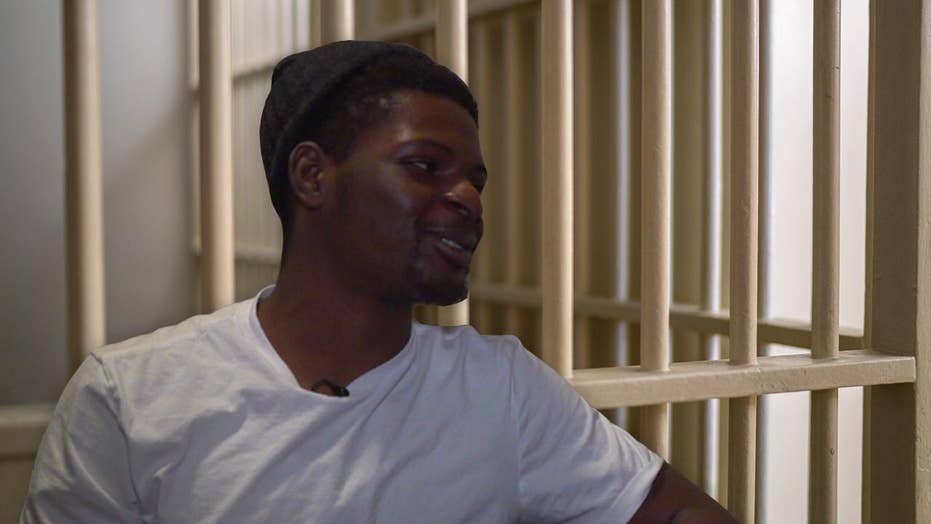 PHILADELPHIA -- Marcus Muray was 17 when he found himself in isolation after an altercation during a riot at a juvenile detention center he was being held in.

He was transferred to an adult jail, stripped of his clothing, and placed in solitary confinement for 72 hours. In order to keep him from adults, he was kept in a small cell, away from all other inmates.

“I was in a cell all day, three meals, one 10-minute phone call and that was it,” he said.

Muray, who spent most of his childhood bouncing from one foster home to the next, recalled how nothing compared to the hopelessness he felt at the time.

“It just felt like it never ended like this is where I am going to be forever,” said Muray who went on to express, “You shouldn’t treat humans the way I was treated."

President Trump signed a sweeping, bipartisan criminal justice bill, which included an Obama-era executive order banning solitary confinement in federal prisons. But for the most vulnerable population, juveniles, the practice continues at many state and county correctional facilities.

“The courts have stated that this is harmful, cruel and unusual punishment under the eighth amendment and violates the 14th amendment,” said Feierman who hopes states will follow the lead of the federal government, “we want to ensure through court action that every state eliminates solitary confinement.”

Jails hold youth in solitary confinement to keep them away from the general population.

But advocates say rather than protecting them, the facilities are doing more harm than good.

A study from Center shows the American criminal justice system adopted the use of solitary confinement in the mid-1800s as a means to “inspire true regret in the hearts of convicts.”

And almost immediately jails and prisons that had adopted the practice began reporting widespread mental health consequences. And in 1890, the United States Supreme Court granted relief to a death row inmate subjected to solitary confinement, citing studies showing that prisoners exposed to isolation, even for a short time, often fell into “a semi-fatuous condition,” “became violently insane,” or committed suicide.

The American criminal justice system adopted the use of solitary confinement in the mid1800’s as a means to “inspire true regret in the hearts of convicts.”2 But the practice of holding individual prisoners alone in their cells ostensibly to promote rehabilitation quickly raised constitutional and humanitarian concerns, and the experiment failed.

Which leaves Feierman wondering how, then, are so many young people like Marcus subjected to this treatment at the state and local level.

"The biggest issue we've been hearing about is young people being held in adult facilities and being held in solitary confinement," Feierman said.

Currently, state and local facilities permit certain teenagers or children to be incarcerated at adult correctional facilities at the state or county level. In extreme cases, like homicides, youths, as young as 11 or 10 years old, can be detained.

FIRST STEP ACT ON ITS WAY TO BECOMING LAW: 5 THINGS TO KNOW ABOUT THE CRIMINAL JUSTICE REFORM BILL

Many medical experts agree with Feierman’s concerns and support advocates, urging lawmakers to take into consideration the dangerous mental health impact confinement at extended periods of time can cause in children and adolescents.

“If you place any person, but especially a teenager or a child in isolation, and deprive them of meaningful human interactions it can have long-lasting effects on their mental development and health,” said Dr. Aneela Khan, a psychiatrist at Drexel University.

Just about every state is looking at ways to limit the use of solitary confinement, said Dr. Khan, but noted many detention centers and state correctional facilities have cited low funding and staff resources as to why the use the practice “to protect” or “separate” underage inmates from the adult population.

In the past decade, Colorado, Delaware, Louisiana, Maine, Massachusetts, Michigan, Nebraska, New Mexico, Oregon, and Texas have passed legislation that either drastically restricts solitary confinement in state prisons, or orders a comprehensive study on potential reforms, according to the National Conference of State Legislatures.

Feierman says this is a step in the right direction. But it's one that didn’t come soon enough for Marcus, who still struggles with emotional and mental scars.

“I’m always thinking about ever getting in trouble again or ever going back again," he said, "it’s just like a constant nightmare.”