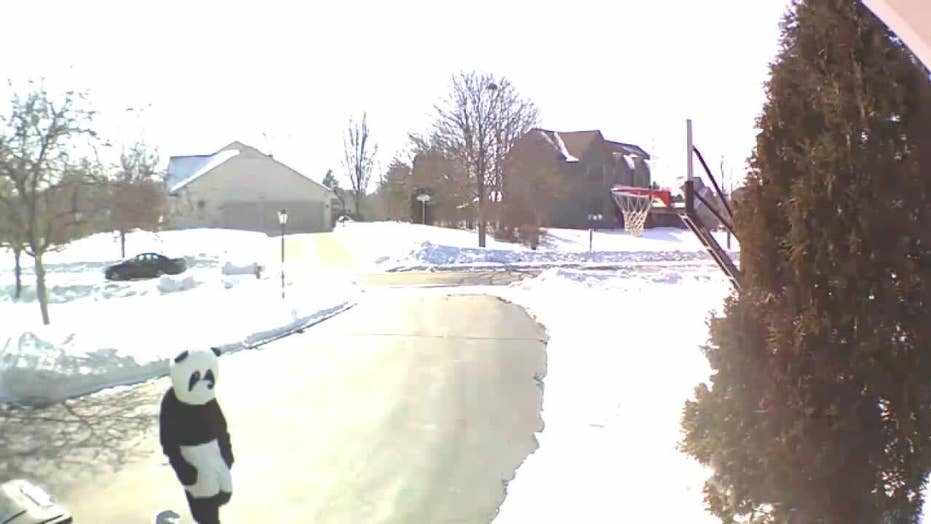 A Wisconsin man's attempt to play a prank on his neighbors ended up devolving into a literal panda-monium last month after police were called to a neighborhood on a report of a suspicious animal.

The Muskego Police Department told CBS58 the incident took place on Feb 22, after a resident contacted authorities to report a panda bear being spotted at the front door of a home.

The caller thought it was suspicious since panda bears are not native to the Badger State.

"It's a big teddy bear," the caller told the operator in a recording of the call obtained by CBS58.

When asked for further details by the operator, the caller replied, "Teddy bear.....Honest to God."

Officers responded to the home and made contact with the panda bear, who turned out to be a 48-year-old resident in a costume. The man, who does not want to be identified, told CBS58 he had been asked to dog-sit at a friend's house and thought dressing up to do it would be a fun prank.

"I knew that my neighbors had a security camera set up. And I thought, well, I'm going to make the ordinary extraordinary; I'm going to dress up in the panda outfit," he told the television station. "So just as I was about to pivot up and walk up my lawn, I turn around and I see at least three squad cars with a fourth and a fifth coming.

The man said he knew his neighbors had surveillance cameras and wanted to prank them by donning the $125 suit. He said he's also picked up his daughter from school in the suit and greeted her at the school bus since pandas are her favorite animal.

Police eventually made contact with the homeowners, who verified that the panda was allowed at their home. The resident told CBS58 she was just thankful her neighbors are looking out for her property.