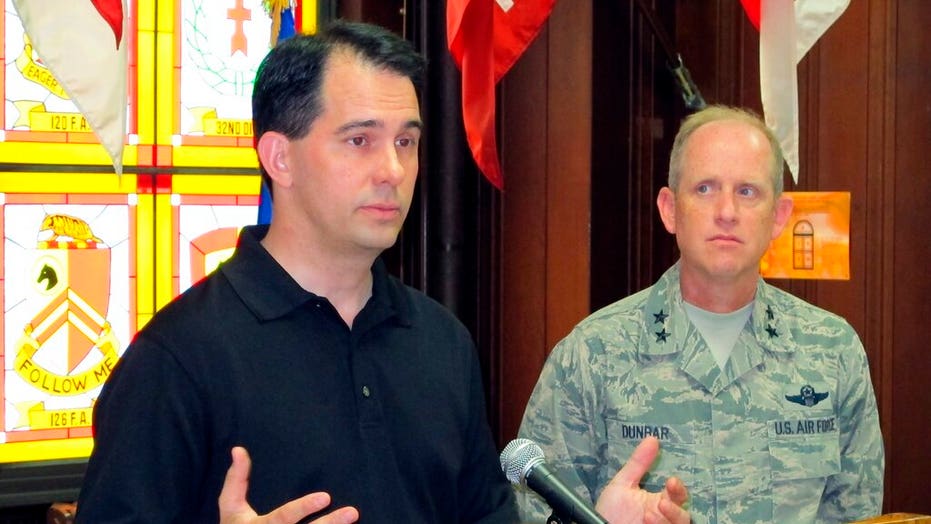 Wisconsin Gov. Tony Evers said he will release the findings of a seven-month probe on how the state's National Guard handled a half-dozen cases of sexual assault allegations after federal investigators brief the Guard's top commander this weekend, according to a letter to lawmakers on Thursday.

Evers said the National Guard Bureau's Office of Complex Investigations (OCI) briefed him on their findings on Nov. 25, which was the result of an overarching investigation of the Guard's protocols for reporting, investigating and prosecuting sexual assault.

The investigation was ordered by Evers and Sen. Tammy Baldwin, D-Wis., after Master Sgt. Jay Ellis notified Baldwin in November 2018 of the alleged incidents of sexual assault within his 115th Fighter Wing security squadron dating back to 2002 that were brushed aside by senior officers.

Investigators plan to meet with Maj. Gen. Donald Dunbar on Saturday to go over their findings.

Evers also extended an invitation to legislative leaders to attend an OCI briefing on Monday to understand the review “due to the gravity of the situation and the report's findings."

Excerpts from the OCI report obtained by The Capital Times revealed that an investigator told an accuser, who said she was assaulted by a male soldier in 2015 in their unit, that the Guard's response to her case was “an absolute train wreck.”

In that case, the male soldier was charged with four sexual assault violations of the Wisconsin Code of Military Justice, but the military prosecutor missed several administrative deadlines and eventually failed to advance the case. The alleged perpetrator eventually pleaded guilty to one count of indecent conduct for having consensual sex with the woman.

The investigator said in the report that the bungled court-martial was a result of Guard officials' incompetence.

Prior attempts by State Senate Majority Leader Scott Fitzgerald in February to glean answers about potential sexual misconduct in the Guard hit a snag when Dunbar said the Guard has “zero tolerance” for sexual assault and harassment but didn't offer any recommendations for improvement on the process for reporting or handling such cases. Fitzgerald said then that he wasn't happy with the response and questioned whether the Guard follows its own policies.

Fitzgerald, who is running for Congress in a heavily conservative southeastern Wisconsin district next year, said in a statement Thursday that he wants to hear what the OCI has to say about shortfalls in the Guard, according to reports by The Associated Press.

"Clearly changes must be made,” he said.