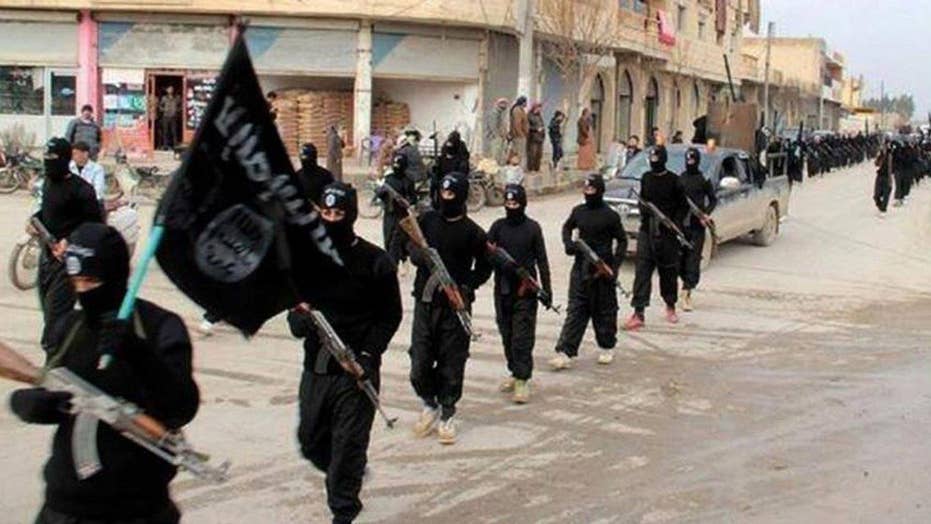 Spend whatever it takes to end ISIS recruiting effort?

A team of West Point cadets has found a better use for social media than posting selfies and 140-character witticisms: going undercover and online to steer young Muslims away from terrorist recruiters.

The cadets crafted an online strategy to stem the flow of disaffected young people to Islamic State as an entry in an international contest sponsored by a group of federal agencies and tech companies. Unlike the competing teams from universities all over the world, the West Point contingent, which took second place, worked undercover.

“We post after Friday prayer, when many people would be home and at their computers.”

“Since our website was targeting what we called ‘fence-sitters,’ I think if individuals who visited our social media platforms knew that they were being produced by anyone in the U.S. government, then the site would lose credibility,” Lt. Col. Bryan Price, director of the Combating Terrorism Center at West Point, told FoxNews.com in an email.

Under Price’s direction, the team designed a recruiting strategy of its own, in which members go into chatrooms and websites where potential targets gather, engage and guide them toward websites and Twitter pages containing moderate Muslim voices. Those sites include a website, Facebook page and Twitter account the team created, which remain in effect and secret even now that the contest is over.

“We post after Friday prayer, when many people would be home and at their computers,” Cadet C.J. Drew told Christian Headlines.

The campaign was part of the “Peer to Peer [P2P]: Challenging Extremism” initiative, sponsored by the U.S. Department of State, Department of Homeland Security, Facebook and EdVenture Partners and hosted by the Bureau of Educational and Cultural Affairs. The task was to use digital tools to counter violent extremist narratives and reach those most likely to get sucked in by the dark vision.

“One of the U.S. Government’s highest priorities is preventing and challenging violent extremism, and we realize we cannot do this alone,” said Evan Ryan, assistant secretary of state for educational and cultural affairs. “We need civil society, in particular students like those involved in this initiative.”

West Point competed against 44 other U.S. and international universities—more than 900 students in all—and received a scholarship of $3,000 for placing second. Team members include Austin Montgomery, Brittany Scofield, C.J. Drew, Jordan Isham and David Weinmann, and the project will be passed on to a new class of cadets when the graduate.

While two of the cadets involved with the project have studied Arabic, they turned to fellow cadets of the Muslim faith for help identifying and understanding ISIS’ target audience, cadets told Religion News.

Interviewing psychologists helped them determine which colors to use on their Facebook page. They found that green and black would be effective colors to use; green because of its sacred nature in the religion of Islam and black because it is a commonly worn color among terrorists groups.

In two months, the cadets’ Facebook page gained more than 900,000 users in more than 25 countries, according to Christian Headlines.

The first-place winner was Lahore University of Management Sciences in Pakistan, while the bronze went to Universita della Svizzera Italiana in Lugano, Switzerland. Each group was given a $2,000 budget and a semester-long timeframe to complete their projects. The basic instructions were to create an effective online campaign to stem digital radicalization.

The fact that West Point’s project continues is testament to its effectiveness, and importance.

“These students are helping us reach those who are most vulnerable to extremist recruiting,” said Ryan.