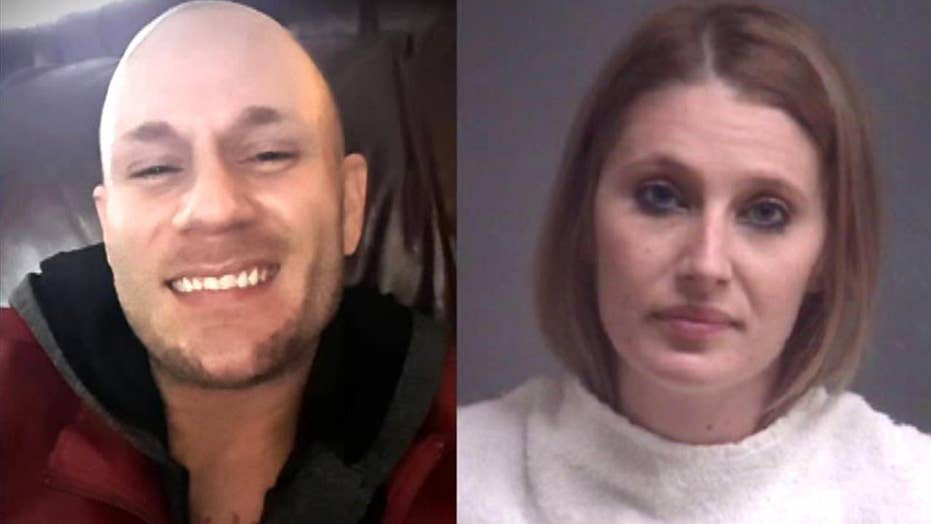 The couple linked to a Bonnie-and-Clyde-style crime spree across multiple states also stands accused of stealing guns from a Missouri house before robbing businesses and kidnapping victims in Alabama and Georgia, police said Thursday.

Cops in Joplin, Missouri had wanted to interview suspects Blake Fitzgerald and Brittany Nicole Harper about the guns that vanished after a Jan. 22 break-in, "but they obviously left the area," Cpl. Chuck Niess told The Associated Press.

Police have linked the couple to a series of crimes, saying the offenses fit a similar pattern: People are robbed, kidnapped and let go unharmed, usually after a vehicle is stolen.

The latest crime linked to the couple happened when a gunman held up a young clerk at a Murphy Express station along Interstate 75 in south Georgia late Monday, taking money from the safe and cigarettes before forcing the clerk into an SUV where his female accomplice waited, authorities said. The couple drove about 15 miles before releasing the clerk unharmed, Perry police Lt. Ken Ezell said.

Fitzgerald and Harper have been charged with robbing and abducting a hotel clerk in Tuscaloosa, Alabama, and taking his car to the Birmingham area. They reportedly told that clerk they hope to make it to Florida to get married and start a new life.

The clerk was let go in the upscale suburb of Vestavia Hills, where a woman was briefly abducted by two people who stole her family's Ford Edge -- the vehicle police believe was seen in Georgia late Monday.

Fitzgerald and Harper have been charged in that case, and are suspected in an attempted robbery of a McDonald's manager in neighboring Hoover, Alabama, the same morning.

"As far as their motives behind things, there's really not one," Ezell said.

Missouri records show that in 2013, Fitzgerald and an accomplice were charged with burglarizing a Joplin woman at knifepoint in her home and making off with her purse, jewelry, electronics and a car. Fitzgerald entered an Alford plea -- not admitting guilt but acknowledging that prosecutors had sufficient evidence for a conviction -- and was sentenced to a suspended seven-year prison term.

Details of the Missouri burglary were reported Wednesday by the Alabama news site Al.com.