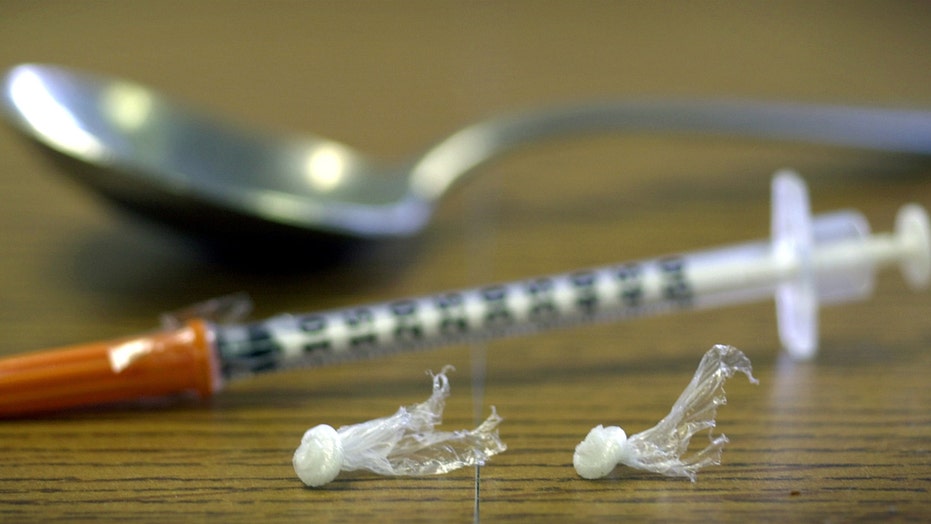 Insight from Kristy Letendre, director of The Friendship House

The heroin epidemic that has plagued the nation’s urban and rural communities alike had not spared West Virginia, but nothing prepared Cabell County officials for 26 overdoses in a four-hour span last week.

The wave of misery was focused in a Huntington public housing complex, where victims injected from a batch of the drug believed to have been laced with Fentanyl, a powerful synthetic opioid up to 100 times more potent than morphine. Investigators believe two fatalities that occurred during the same time period could be related.

“We have never seen anything like this before to this magnitude,” said Gordon Merry, Emergency Management Service director for Cabell County.

Cabell County has seen a spike inheroin overdoses in recent years, like many communities around the nation. (WVAH)

It was the latest cluster of overdoses to take place in communities ranging from gritty cities to rural farmlands. Overdoses involving heroin and synthetic drugs like “spice” left two dozen hospitalized earlier this month in Ohio; killed two and sickened 16 two months ago in New Haven, Conn.; and hospitalized 33 last month in Brooklyn.

Just last week, nine people overdosed on heroin from a single bad batch, with one woman dying. And twice in the last week, paramedics have rushed to Los Angeles' Skid Row to treat multiple people sicked by synthetic marijuana.

Incidents of large-scale overdoses bring headlines, but public health and law enforcement officials say the opioid crisis gripping the nation claims most of its victims quietly, one or two at a time. In Cabell County, there have been at least 440 overdoses this year, including 26 fatalities.

In this week’s incident, the mystery substance was so strong, some patients were administered four doses of Narcan, a prescription medicine that blocks the effects of opioids and reverses an overdose. One is normally enough.

Merry, (l.), fights the problem on thestreets of Huntington, while Grassley, (r.), takes aim from Washington.

“I would caution people – beg them – not to partake of heroin,” Merry said. “The only thing that was good about this bout of heroin overdoses is 26 people now have a chance to reevaluate their lives to see if they could go into rehabilitation.”

Drug use is on the rise in West Virginia because the economy has been decimated, largely over the last two years, Merry said. The decline of the coal industry dealt a crippling blow to an economy that was never strong to begin with, he said.

CDC statistics show West Virginia has the highest per capita rate of lethal overdoses in the nation, followed by New Mexico, New Hampshire, Kentucky and Ohio. The drug epidemic has not spared any communities, said Jim Johnson, director of the Mayor’s Office of Drug Control Policy in Huntington.

“Some 22 million people across the country suffer from substance abuse disorders, resulting in 50,000 overdose death rates each year,” Johnson said. “This is right up there on that same level as terrorism and homeland security concerns in our country. That doesn’t even count the number of people getting Hepatitis B and C and HIV.”

Local police and governments are overwhelmed by the epidemic, and the FBI and DEA say synthetic opiates manufactured in China, Mexico and the U.S. have flooded Main Street America. Police in Huntington trace the drugs wreaking havoc in the city of 50,000 to Mexico, via Detroit. On the streets of Huntington, a gram of heroin that would sell for $100 in the Motor City could fetch double, giving a powerful incentive to make the 350-mile trip south through Ohio.

“Law enforcement was doing a terrific job in terms of arrests and seizures, and the community was coming together doing everything a community should be doing, but when we look at the internals, 13.9 percent of our babies were born addicted to drugs and 60 percent of the umbilical cords of babies tested positive for opiates,” Johnson said.

There are victories to claim amid the war. Huntington EMS, where Merry has worked for 43 years, is lowering the lethality of overdoses, thanks to Narcan.

“We were able to cut our death rate from 35 people last year to 25 this year, at this time,” Merry said. “We attribute that to a lot that we are doing, such as giving Narcan to the police and fire departments and the Department of Health started a needle exchange program that brings people into clinics where they can also receive additional help.”

Like his counterparts in countless cities and towns across the nation, Merry ticks off the tragedies he has seen and wonders how each takes a toll that will be felt for decades. Earlier this week, a four-year-old boy was badly injured when his father drove into a tree while high on heroin. In another case, a mother shot up in a gas station bathroom, overdosed, and fell to the floor with the needle still in her arm. Her young child was terrified that he could not wake her up and ran to get help.

“EMS was able to resuscitate the mother, but the child is going to have a rough life. He kept crying and was devastated because his mother was just lying on the floor, unresponsive,” Merry said. “It is just so sad.”