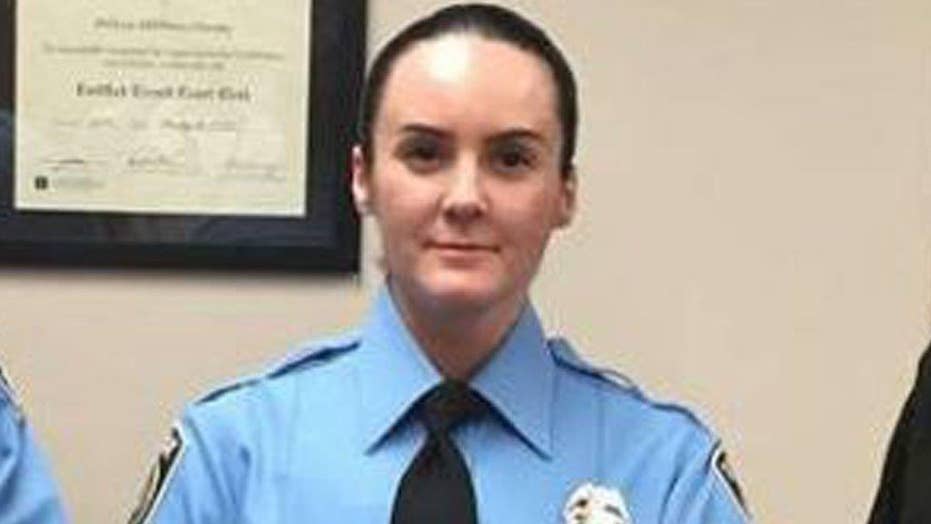 Va. officer killed on her first day on the job

A Virginia police officer who was on her first shift with a department was shot and killed Saturday and two other officers were wounded in a standoff stemming from a call about a domestic-related incident.

Prince William County Police Department said officers responded to a call about 5:30 p.m. in Woodbridge, about 20 miles south of Washington, D.C. It’s unclear how the altercation between the suspect and police began, but the suspect is in custody and was not injured, Sgt. Jonathan Perok said.

The suspect has not been identified, but Prince William County Commonwealth Attorney Paul Ebery says he has authorized a capital murder charge, among other counts, against the suspect.

A county leader said a civilian woman was also killed in the domestic dispute.

The department said in a statement on Facebook that Officer Ashley Guindon had died “as a result of her injuries sustained during the incident.” The other officers were still being treated for wounds stemming from the shooting, the statement said.

Scene outside a Woodbridge, Va. home where a 'domestic-related incident' led to three officers being shot. (Fox 5 DC)

According to Fox 5 DC, the officers were flown to Fairfax Hospital. More than 100 patrol cars lined the roads outside early Sunday morning to stand vigil and escort Guindon’s body to the medical examiner.

Chairman of the Prince William County Board of Supervisors told the Associated Press that Guindon had been a county police officer a few years ago and had left and returned to the force. He didn’t know the exact dates of when she started and left.

Another woman was killed in the domestic call and was dead before police arrived, Stewart said, but police declined to confirm that information. Stewart also said there was a child in the house during the incident who was not harmed.

A photo posted on the department’s Facebook Friday welcomed Guindon, Officer Steven Kendall and Lt. Col. B. Barnard to the force. It is not known if the other officers in the photo were involved in the shooting.

The shooting occurred in the Lake Ridge neighborhood, on a curving street with $500,000 suburban houses with brick and siding exteriors, manicured lawns and two-car garages about a five-minute drive from the county office building.

Until Saturday evening, the big news in the police department was the planned retirement of Chief Steve Hudson, who announced two weeks ago that he will step down at the end of March, and officers' plans to do a "polar bear" plunge on Saturday morning to raise money for Special Olympics.

Police said the incident is still being investigated.