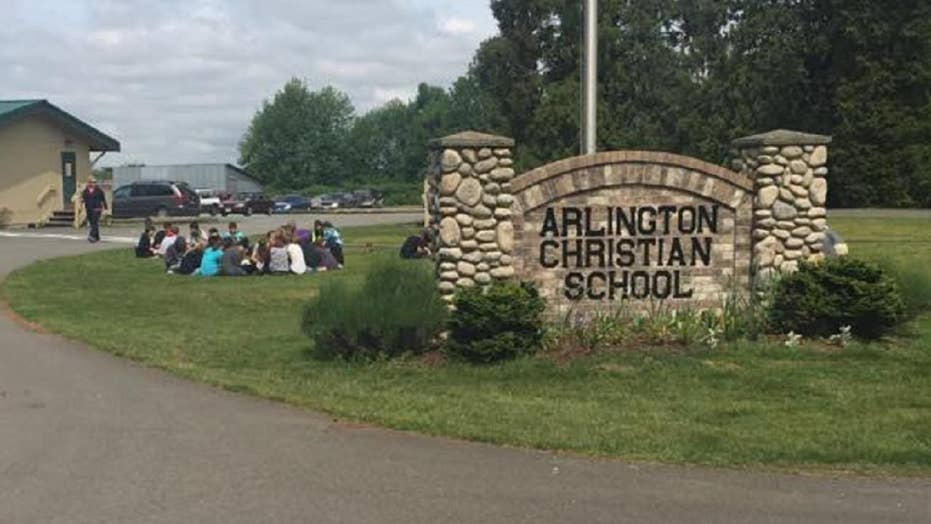 A pastor and educator is facing prosecutors for allegedly taking zoomed in photos of female student and faculty.

A pastor and educator in Washington state faced prosecutors Tuesday for allegedly taking indecent videos of female students and faculty without their knowledge, court records showed.

The suspect, Stephen Brown, 61, was identified as a faculty member of Arlington Christian School in Snohomish County, Wash.

A school faculty member allegedly found a thumb drive in the parking lot of the school containing zoomed-in video images of breasts, buttocks and genitals of female students and staff, KIRO-TV reported, citing a probable cause statement.

One of the videos reportedly featured the suspect's partial or full face, leading to the investigation and arrest of the suspect, the station reported. Snohomish County prosecutor Travis Johnson said investigators found evidence of more videos.

“I’m concerned that there are a number of victims (who) may have been violated in this school or church setting,” Johnson said in court Tuesday.

Arlington Christian School told Q13 Fox it was “cooperating with law enforcement officials to facilitate a just and fair investigation.”

The suspect, who is also a pastor at 7 Lakes Baptist Church, has official been terminated from the school. The church did not respond to Q13’s request for comment.

Brown was booked on suspicion of voyeurism, with bond set at $100,000, KIRO reported.