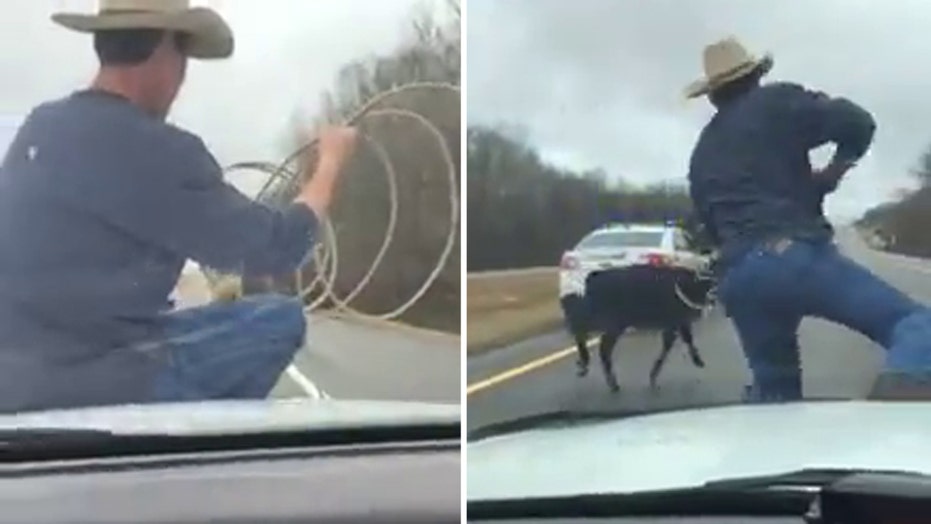 A video filmed Tuesday showing a cowboy riding on the hood of a police car while he lassoed a wayward calf running along the side of a Tennessee highway went viral after it was posted on Facebook.

When authorities in the town of Paris were called to the scene, they determined that they may not be the most capable in capturing the escaped bovine. So the sheriff called on his life-long friend David Bevill.

“He hollers at me and asks, ‘do you got a rope?”  Bevill told News Channel 5, recalling his interaction with the sheriff.  One problem: a cowboy needs a horse. There were none in sight. So the two improvised.

Bevill sat on the hood of the sheriff’s car and in what he called “the best loop” he’s ever thrown, caught the steer. When Bevill found out the video made him famous on Facebook, he responded, “I’m not a Facebooker, but my wife  told  me  it’s gone crazy.”