At the first meeting of the Uvalde Consolidated Independent School District (UCISD) board since the deadly mass shooting, members took no action against school police chief Pete Arredondo.

The meeting – which opened with prayer – was called in response to the May 24 attack by a lone gunman at Robb Elementary school that left 19 students and two teachers dead.

Although the agenda allowed the board to terminate Arredondo, in a part of a meeting that was behind closed doors, they declined to do so, according to The Texas Tribune.

During the first part of the meeting, Superintendent Dr. Hal Harrell said that his heart goes out to the families of the victims and called the slain teachers "heroes."

He also told attendees – including parents – that children would never return to the Texas school.

A mother, who was one of just two residents who addressed the board, said her seven-year-old son is "deathly afraid" of going to school.

Harrell said that while he is eager for investigations to come to completion, there was no additional information to provide on the matter.

A political sign for Pete Arredondo, the Uvalde School District police chief, who was sworn in with the Uvalde City Council is seen in Uvalde, Texas, May 29, 2022.  (REUTERS/Veronica G. Cardenas)

The board is slated to meet again on the afternoon of June 20.

Arredondo did not attend the meeting and the Tribune has reported that he is a "man in hiding" – even from state police investigating the shooting.

He was sworn in as a member of the city council in a private ceremony earlier last week.

The 50-year-old has come under fire – facing calls for his termination – over his slow response on that day.

The 18-year-old gunman, Salvador Ramos, spent roughly 80 minutes inside the school. More than an hour passed from when the first officers followed him into the building and when he was killed by law enforcement, according to an official timeline.

Steven McCraw, the head of the Texas Department of Public Safety, said Arredondo believed the active shooting had turned into a hostage situation, and that he made the "wrong decision" to not order officers to breach the classroom. 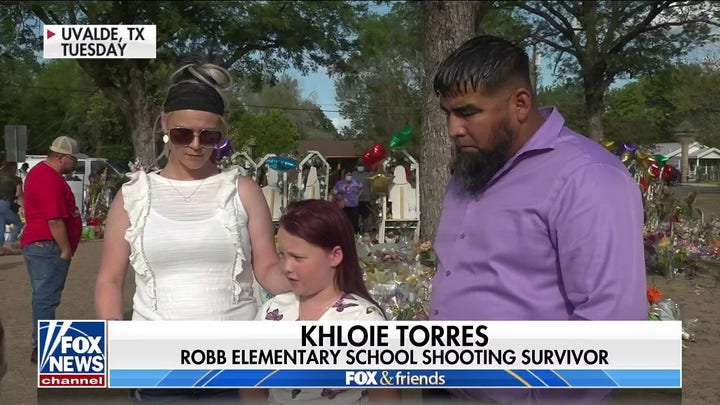 Ramos fired off more than 100 rounds and 17 others were injured in the shooting.

On Friday, Sen. Roland Gutierrez told The Associated Press that a Texas Department of Public Safety official told him Arredondo was not carrying a radio that day and that he was never informed that children were calling 911 from inside the school.

Authorities have not said how Arredondo was communicating with other law enforcement officials at the scene.