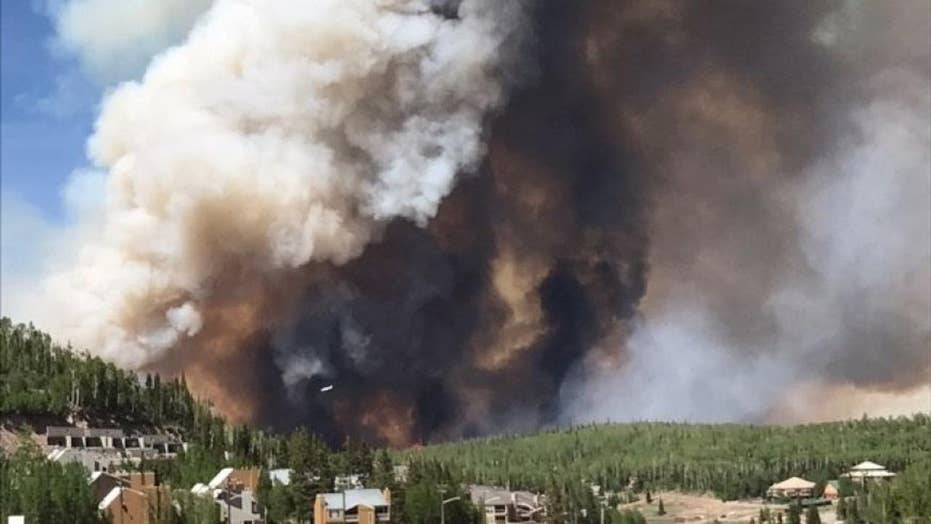 A wildfire is raging in Southern Utah near the ski town of Brian Head and has now consumed almost one thousand acres, forcing about 750 people to evacuate.

The town website posted a warning on its front page: “The entire town of Brian Head is currently being evacuated until further notice due to a wildland fire. Please avoid coming toward Brian Head at this time.” Officials launched an investigation but said they believed the fire was human-caused.

There are reports of one home destroyed and another home damaged with many more homes threatened by the fire, but emergency officials in Utah said there have been no reports of anybody hurt.

The wildfire is burning through the Dixie National Forest where Brian Head, a popular ski resort destination in the winter and hiking mecca in the summer, is located. All routes into Brian Head are closed to non-emergency vehicles. There is no immediate concern of the blaze reaching the Brian Head Resort.

Flights have been restricted over the airspace temporarily due to visibility reasons and in order to drop flame retardant from planes and helicopters in the region.

Mary Jo Ganchow has a condo in the ski resort town of Brian Head. She was made to evacuate. “The magnitude of the fire was just incredible, nothing like I’ve ever seen before.” She heard it was started from a brush fire, but that has not been confirmed. “We just saw some smoke when we were leaving our condo, and we noticed it kept growing and growing and growing.”

Utah State Forester, Brian Cottam underscored the point of an increase in human-caused fires. “For this early in the fire season, we have had just a rash of human caused fire starts, fires that don’t need to happen. We really just ask the public to be careful and cautious and think about what they’re doing.”

Utah emergency management officials said in a press release that the fire slowed its progression over night, but that record-challenging heat will be an obstacle in the days ahead.