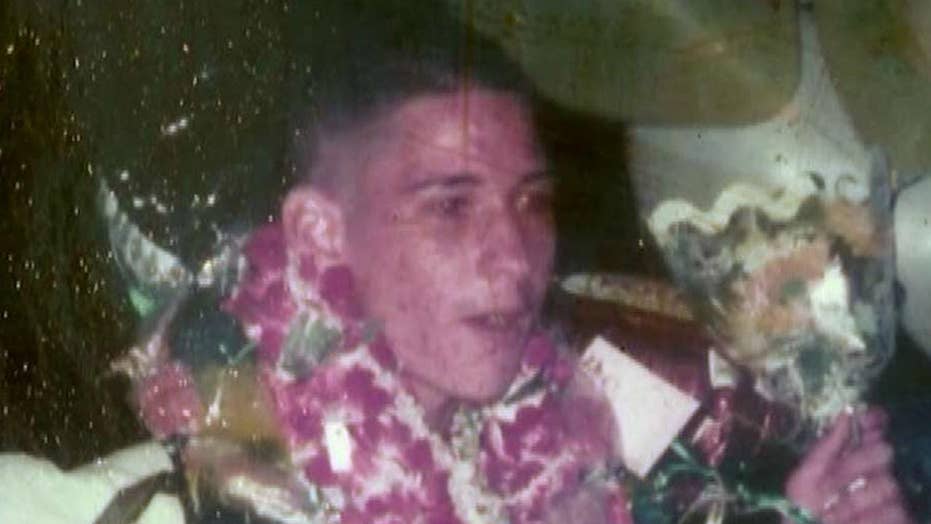 US soldier arrested after allegedly pledging loyalty to ISIS

A Hawaii-based U.S. Army soldier was arrested over the weekend after allegedly attempting to provide military documents and a drone to the ISIS terror group.

FBI Special Agent Jimmy Chen alleged in an affidavit that Kang tried to give classified and unclassified military documents and a drone to undercover agents and informants whom he believed would pass the information on to ISIS. Kang is also accused of attempting to teach the group combat techniques.

Most notably, Chen alleged that Kang swore an oath of loyalty — known as bayat — to ISIS leader Abu Bakr al-Baghdadi on Saturday, shortly before his arrest. After doing so, Kang allegedly told an undercover agent that he wanted to use his rifle to "kill a bunch of people."

The FBI said it believes that Kang, a member of the 25th Infantry Division and a trained air traffic controller, was a lone actor and is not associated with others who may present a threat to Hawaii.

In a statement following Kang's initial appearance in federal court, FBI Special Agent in Charge Paul Delacourt emphasized that no military documents ever made it into terrorist hands.

Chen's affidavit says that Kang admitted trying to transfer classified documents to ISIS, but claimed the information was "old and no longer posed any harm to the United States."

Kang has been under investigation by the U.S. Army and the FBI for over a year, according to Delacourt. The affidavit says the Army reported Kang to the FBI in August 2016 after "it appeared that Kang was becoming radicalized."

The affidavit alleges that Kang had a history of "threatening statements." At one point in 2012, Kang's security clearance was suspended after he was reprimanded repeatedly for "threatening to hurt or kill other service members, and for arguing pro-ISIS views while at work and on-post." The document claims Kang's clearance was reinstated the following year after he complied with "military requirements stemming from the investigation."

The document did not elaborate further.

The affidavit also alleges that during the course of the investigation, Kang told an informant that he wanted to pour Drano into the eyes of a civilian who had taken away his air traffic controller's license.

Kang also allegedly told the informant that Omar Mateen, the gunman who killed nearly 50 people at an Orlando gay bar in June 2016 "did what he had to do." He also allegedly said "America is the only terrorist organization" and that he "believed in the mass killing of Jews."

Kang's father, Clifford, said that his son may be suffering from post-traumatic stress disorder (PTSD) from his tours overseas.

"He's a great kid. He's not real outgoing, he's never been, but neither was I," Kang told Hawaii News Now. "But other than that he's a great kid, a normal kid who grew up in Waimanalo."

Clifford Kang also told the Honolulu Star-Advertiser that his son began studying Islam during one of his deployments.

'I’m kind of stunned to tell you the truth," Kang's father told the paper. "I never heard of him being with ISIS."