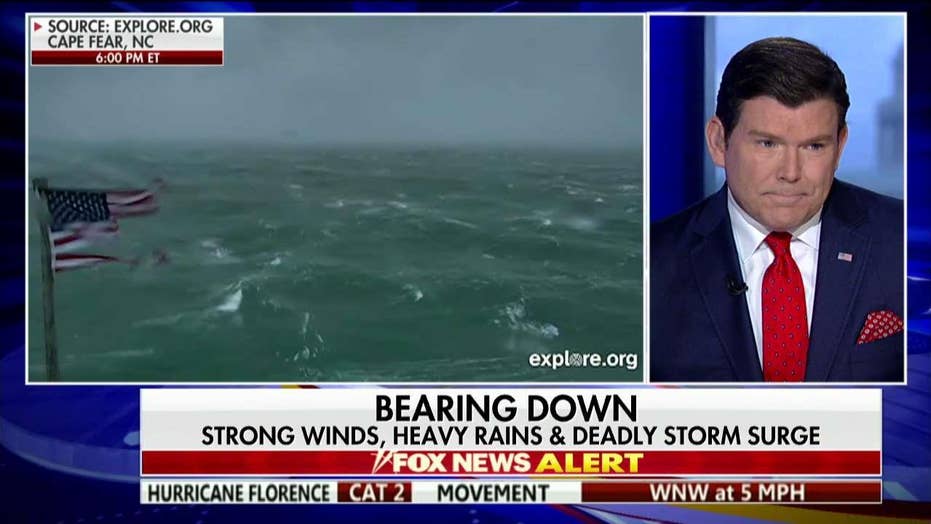 The Frying Pan Tower American Flag that millions of people saw being shredded by Hurricane Florence as it approached North Carolina will be replaced with a new, donated Old Glory.

A live stream Thursday showed the storm battering the flag as it flew over an old Coast Guard station, 34 miles off the North Carolina coast, which has now been converted into a B&B run by Richard Neal, and is reachable by helicopter or boat in less treacherous conditions.

"Many many thanks for FLAG sponsor https://flagandbanner.com/ who is stepping up to help the tower with new flags," Neal said on the B&B's Facebook page.

Neal told Fox News Friday that he’ll replace the tattered flag as soon as he can.

“We should have helicopter access to the tower Wednesday or Thursday,” he said from Charlotte, N.C., where he is riding out the storm.

He told the Charlotte Observer that he fielded some angry calls from veterans viewing the live stream.

“They told me, ‘this is disrespectful,’ and that I need to get out there and replace it right then—in the hurricane,” Neal said.

Neal said the flag represents “who we are as America.”

“We get beat up, battered during hard times, but we stay up, stay at it through the storm,” he told the paper.