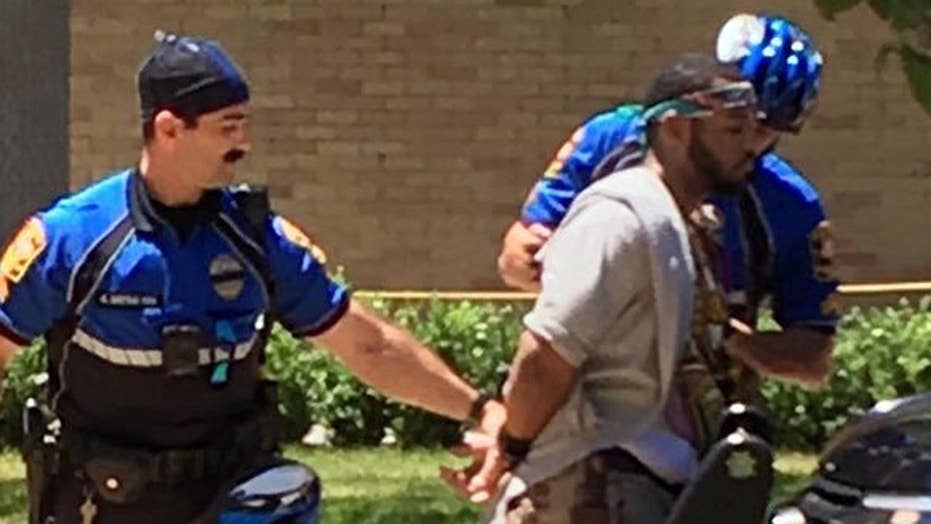 The suspect in a stabbing rampage that killed one person and injured three others on the campus of the University of Texas on Monday wasn’t motivated by a cause but instead was going through mental health issues, University of Texas Police Chief David Carter said in a news conference on Tuesday.

“This was not a conspiracy. This was not a person who had a vendetta,” Carter said of 21-year-old Kendrex J. White. Carter said that White was recently involuntarily committed in another city and was “obviously suffering from some type of particular issue.”

“We have booked Mr. White into jail with a charge of murder right now,” Austin Police Chief Brian Manley said. Other charges, including aggravated assault could be coming, according to Manley.

The student who was killed – the first one attacked in the stabbing – was Harrison Brown. Brown had graduated from high school in the Graham school district, northwest of Fort Worth, before enrolling at the university. He was “an inspiration to everyone around him,” the district said in a statement.

Carter had used a “Bowie-style” hunting knife in the stabbings, which occurred within a one-block area as White “calmly walked around the plaza.”

There were some social media complaints that students weren’t notified quickly enough about the developing situation. The campus siren wasn’t used because there wasn’t a need for a lockdown to keep people in place, Carter said. He said that UTPD had responded within two minutes of the first call received.

“There was no ongoing threat,” he said. “We had him in custody as soon as we arrived.”