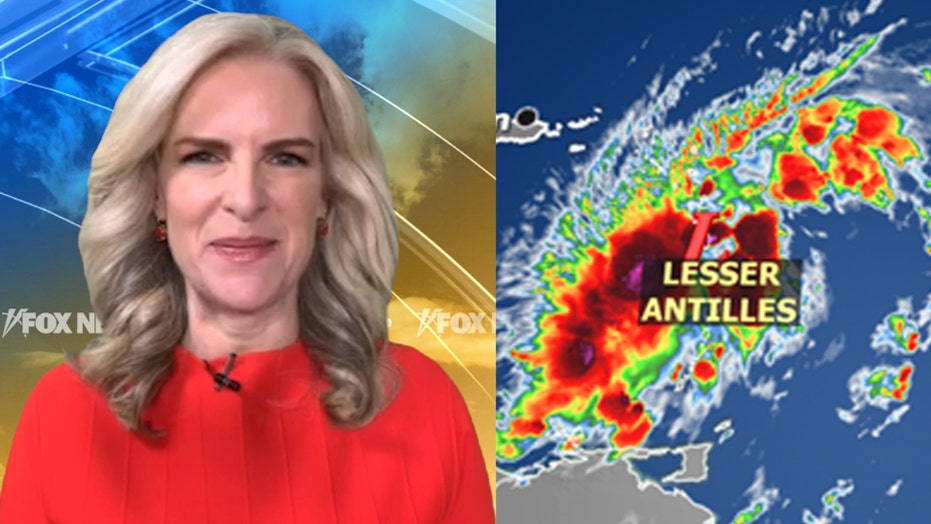 Gusty winds and heavy rain are spreading across the Leeward Islands on Wednesday as a tropical disturbance will soon develop into Tropical Storm Isaias and bring impacts to Puerto Rico.

"You can see that it's 45 mph winds but it doesn't have a closed circulation yet." Fox News senior meteorologist Janice Dean said on "Fox & Friends." "So it hasn't gotten a name, Isaias yet, but it will today we think. It looks like its getting better developed across the Lesser Antilles."

The official forecast track from the NHC takes the center of the storm near southern Puerto Rico from Wednesday into Thursday morning, then directly across the mountainous terrain of Hispaniola -- which the Dominican Republic and Haiti share -- on Thursday.

Tropical Cyclone Nine is forecast to develop into Tropical Storm Isaias at some time on Wednesday. (Fox News)

Tropical storm warnings are in effect for all these locations along with a flood threat from 4 to 8 inches of heavy rain. Flash flooding and mudslides will be possible with this system.

"Heavy rain is going to be the big story," Dean said.

Several inches of rain are possible across Puerto Rico and the U.S. Virgin Islands, bringing the threat of flash flooding and mudslides. (Fox News)

Tropical Storm Warnings are in effect across the region. (Fox News)

The longer-range forecast for this future tropical storm remains highly uncertain, as environmental conditions with a combination of land interaction and disruption may very well keep this system from further organizing late this week and over the weekend.

There are uncertainties for the track of the system in the next couple of days. (Fox News)

A track over the Dominican Republic and Cuba could tear the circulation apart or disrupt it enough to prevent it from becoming much more than a rain threat for anyone in its path.

The official forecast track from the NHC has the future Isaias moving through the Bahamas and potentially impacting Florida this weekend, but until it gets a closed circulation, the timing, track, and intensity of the storm are still not certain. 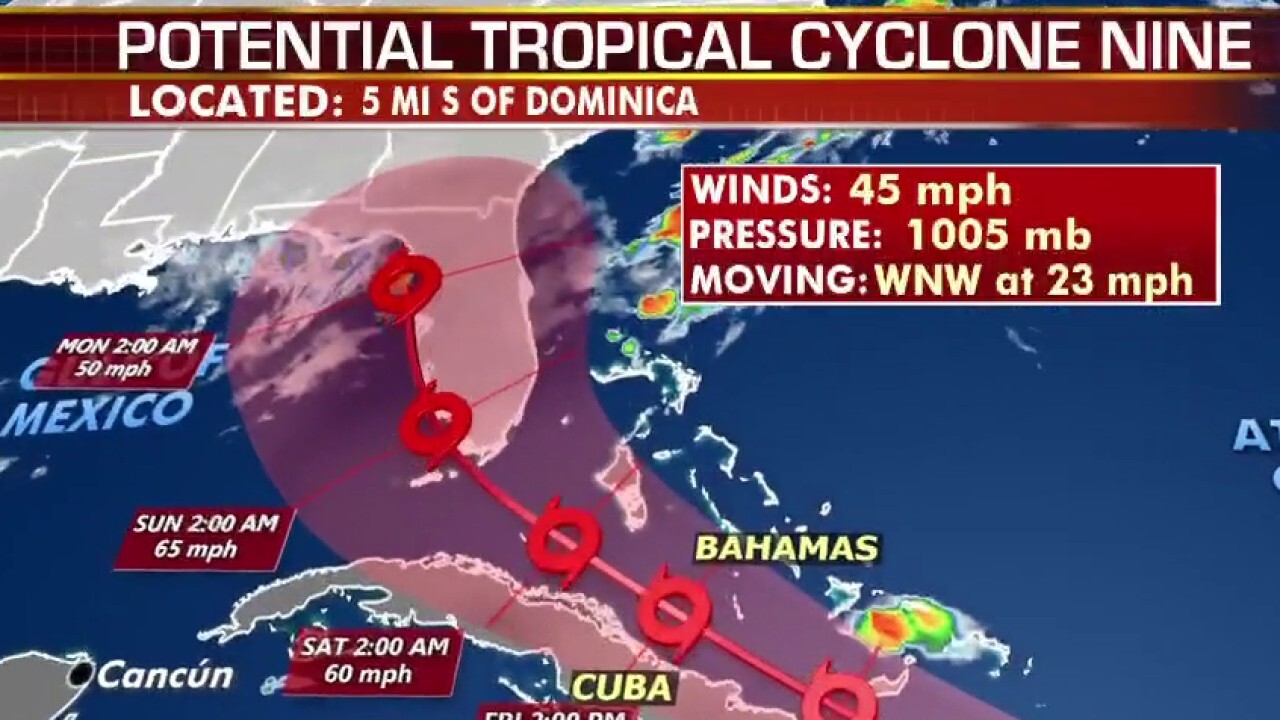 The East Coast of the U.S., Florida, and the Gulf Coast states all need to be keeping an eye on the latest forecast for Potential Tropical Cyclone 9.

Isaias would break the record for the earliest "I" storm in the Atlantic basin, continuing the record this summer for the last several tropical systems.

While eight named storms have developed so far, forecasts call for 13 to 19 named storms during the 2020 Atlantic hurricane season, which runs from June 1 to Nov. 30.