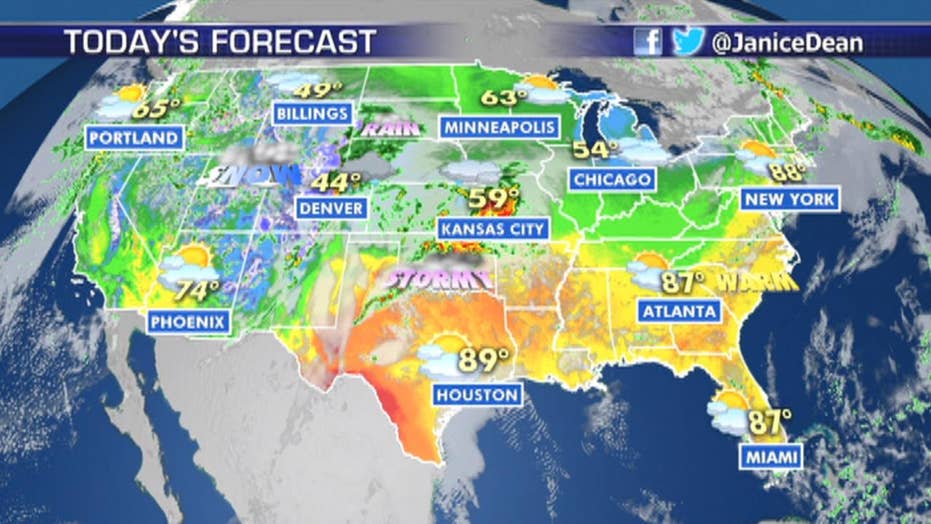 National forecast for Monday, May 20

The official start of the 2019 Atlantic Hurricane season may be more than a week away, but a system may develop out at sea as soon as Monday, according to forecasters.

The National Hurricane Center said showers and thunderstorms had increased overnight in an area several hundred miles southwest of Bermuda, where a low-pressure system is forecast to develop.

The NHC said, as of Monday afternoon there was a 70 percent chance the system develops into a tropical cyclone over the next 48 hours.

"Although recent satellite wind data suggest that the system currently lacks a well-defined center of circulation, environmental conditions are expected to be conducive for the formation of a short-lived subtropical or tropical cyclone later today or tonight," the NHC said.

If it becomes a tropical storm, it will be the first of the season with the name "Andrea."

An Air Force Reserve reconnaissance aircraft is currently on the way to investigate the disturbance on Monday afternoon, if necessary.

"Interests in Bermuda should monitor the progress of this system," the NHC said.

MEXICO BEACH STILL IN RUINS AS NEXT HURRICANE SEASON LOOMS

Nearly five months after Hurricane Michael ravaged Mexico Beach, economic setbacks have made recovery increasingly difficult for residents trying to rebuild their lives. The National Weather Service estimates over $30 billion in losses in just the Sunshine State. Debris removal alone has cost the town with a nearly $4 million budget over $50 million so far, but one company’s vision may be step one in restoring paradise along the Panhandle.

Even if the storm does develop, however, it is expected to move away from the U.S. East Coast and start weakening by Wednesday as "conditions are forecast to become unfavorable for further development."

The NHC said the system should be eventually absorbed by a cold front.