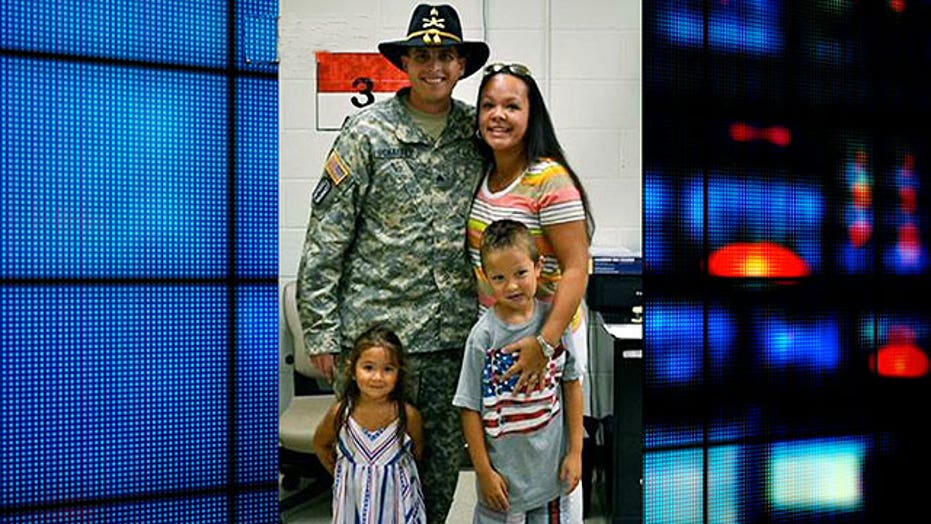 Hoping to bring some holiday spirit to those protecting the U.S., military members and their families are receiving free Christmas trees as a way to say thank you for their sacrifices.

Trees for Troops and FedEx are providing free, farm-grown Christmas trees to United States armed forces members in all branches of the military. Since 2005, more than 139,000 trees have been provided to troops and military families in the United States.

The 2014 program kicked off on November 18 with volunteers helping to organize, pack and load 200 trees for troops stationed in Afghanistan and Guam.

“It’s a program we have been involved with [with] the Christmas Spirit Foundation and tree farmers all across North America. Each year we’ve delivered approximately 17,000 trees to military bases across the U.S. -- and including several hundred trees to bases around the world,” said Paula Bosler, who is helping to coordinate FedEx’s logistical operation for the program.

Many military families see the program as a way to boost their spirits while their loved ones are away.

“Even those who are deployed abroad, gives you a little bit of the Christmas spirit there too, even though you are away from home, missing your family, you know somebody is thinking about you,” said Amy Schaefer, whose husband, Mark, a U.S. Army sergeant, is deployed to Afghanistan.

When her family received the tree, “the joy on my children’s faces kind of made me know that we were complete;  Christmas was coming and Santa was on his way."

While this year’s initiative is wrapping up, Bosler suggests those interested check out www.treesfortroops.org for next year’s program.