Dec. 3, 2015: Police patrol the parking lot of a Walmart in Darien, Ill. after a shooting left one person injured. (Fox 32 Chicago)

Walmart parking lots have been known for playing host to both passing travelers who need a night's rest and the homeless who live out of their cars, according to reports.

Most recently, a Walmart lot in Boise, Idaho, was the scene this week of a car fire in which a 5-year-old girl was killed and a woman and toddler were injured.

The fire was likely started by a portable heater in the vehicle, where the three slept overnight Tuesday, police said. Store employees told KTVB-TV that the parking lot was popular among the homeless or travelers to park overnight and sleep.

Investigators didn't say whether the individuals in the car were homeless.

In November, a report in the New York Times painted Walmart lots as a refuge for the weary, “where an informal culture emerges before and after dark.”

“A lot of travelers stay in their R.V.s and don’t interact with other people in the parking lot,” the Times said. “They pass the hours by eating, watching television, spending time with their pets or sleeping.”

The Times listed “standards of etiquette” for overnight residents: Don’t sit in lawn chairs and buy something from the store since it was free to stay. 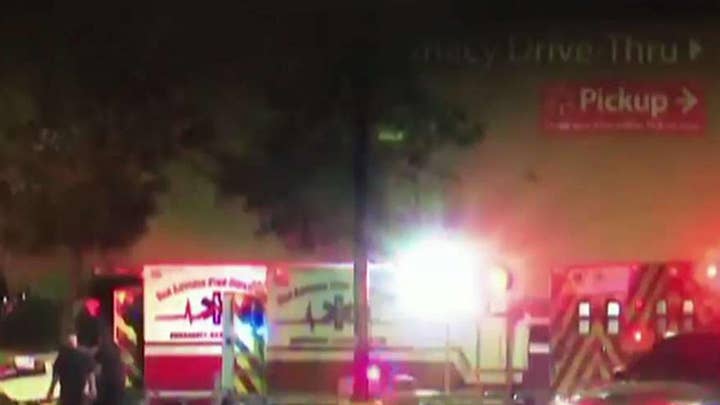 In January, the Statesman Journal in Salem, Ore., reported that some Walmart stores in Oregon’s Willamette Valley would no longer allow people to stay overnight in RVs, vans or cars. There had been reports of people being beaten, theft and drug trafficking occurring in the parking lots.

"It creates a target population for that behavior," director of the Mid-Willamette Valley Community Action Agency Jimmy Jones told the paper.

Photographer Nolan Conway told Fast Company in 2014 after documenting the nomadic culture of Walmart lots that people were “so vulnerable in the car … it’s kind of a scary situation.”

“Depending on where you are, there could be homeless (and carless) people going around begging,” he said.

Walmart spokeswoman Tara Aston told the Statesman Journal she couldn’t comment on why some stores in Oregon stopped allowing the free overnight parking. She said the retailer leaves parking decisions to store managers or landlords if the company doesn’t own the property.

"But one of our top priorities is maintaining a safe and secure environment at our stores," Aston said, "and this is a way to assist in that."