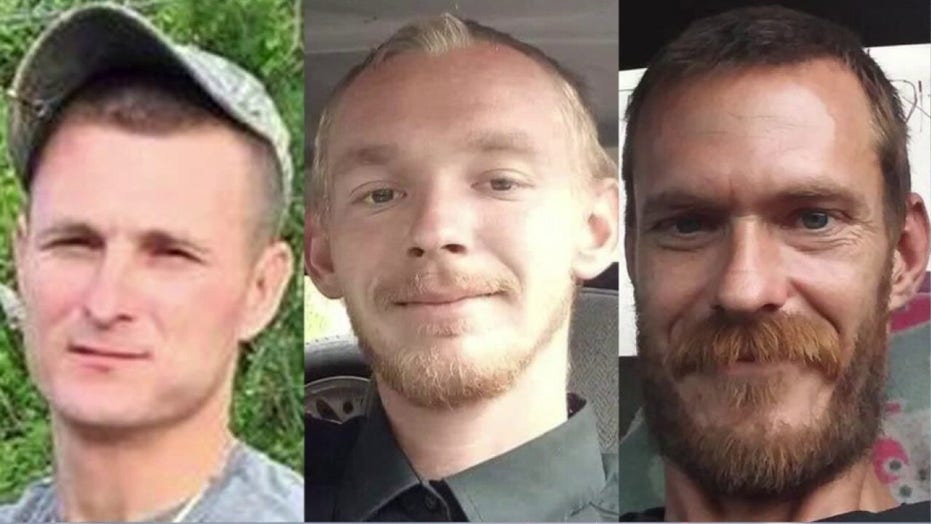 Three suspects have been arrested in connection to the brutal slaying of three friends on a fishing trip, the Polk County sheriff announces.

Two men and a woman on Wednesday were arrested in connection with the brutal beating deaths of three Florida friends during a nighttime catfishing trip.

"We have locked up the three people responsible for the murders of these guys," Polk County Sheriff Grady Judd said.

Tony "TJ" Wiggins, 26, a hardened criminal with 230 felony criminal charges against him in his arrest history, was the alleged ringleader behind the "massacre." His girlfriend, Mary Whittemore, 27, and his brother William "Robert" Wiggins, 21, have also been arrested.

Judd called the elder Wiggins "pure evil in the flesh" and said his criminal history dates back to when he was 12 years old. He has 15 convictions and has two stints in state prison on his record.

Tony "TJ" Wiggins, 26, (left) was the alleged ringleader behind the "massacre." His girlfriend, Mary Whittemore, 27, (center) and his brother Robert Wiggins, 21, (right) have also been arrested.  (Polk County Sheriff)

The killings have shocked the tiny 3,200-person city of Frostproof, Fla, located about 70 miles south of Orlando.

Investigators believe Tillman arrived at the lake first to meet his friends. When Rollins and Springfield arrived, they saw their friend being beaten. The attackers then turned on them and began shooting.

Rollins was still alive when the attackers left and called his father for help.

His father rushed to the fishing spot about 10 minutes away but forgot his cellphone in the hurry to help his son. He drove to a nearby convenience store, and the clerk helped him call the cops but, by the time they arrived, Rollins had died.

After the brutal killings, the three suspects drove to McDonald's, where they ordered 10 double cheeseburgers, and two McChicken sandwiches, authorities said. The next morning, Robert Wiggins took his truck to a car wash in Lake Wales to wash the clay from it.

There was an intense manhunt for the killers and a reward for information leading to an arrest in the case had ballooned to $30,000.

Judd said the killings seemed to stem from an argument over the elder Wiggins' truck.

"The only conflict we see is this -- 'Where's my truck? I heard you stole the engine out of my truck,'" Judd said.

Wiggins had been arrested in March for aggravated battery with a deadly weapon and aggravated assault with a deadly weapon and was released on bond. However, because he allegedly killed Tillman, Springfield and Rollins while he was out on bond, he violated his pretrial release conditions and is therefore not allowed to bond out on the new charges.

"This is a guy who can hurt you because it's the right thing for him to do in that moment in time with his three brain cells," Judd said.

Judd later told Fox News' Trace Gallagher he had no explaination for why Wiggins had been out on the streets with so many criminal charges against him.

"He has -- you look at Florida statute... he’s done it all. He recently broke someone’s arm."