The FBI identified the suspect as Malik Faisal Akram, who was killed by law enforcement after allegedly holding several people hostage over the weekend in a synagogue in Colleyville.

The FBI on Sunday identified the British national who died at the scene after allegedly taking hostages at a Texas synagogue during an hours-long standoff this weekend.

Malik Faisal Akram, a 44-year-old British citizen, was the "hostage taker" at Congregation Beth Israel in Colleyville, near Fort Worth, Special Agent in Charge Matthew DeSarno with the FBI Dallas Field Office confirmed in an email to Fox News Digital.

"The FBI’s Evidence Response Team (ERT) will continue processing evidence at the synagogue.  At this time, there is no indication that other individuals are involved," FBI Dallas said in an emailed statement.

‘CORRUPT’ FBI SHOULD BE ‘ELIMINATED’ FOR STATEMENT ON TEXAS SYNAGOGUE HOSTAGE TAKER: CRITICS

"The FBI’s North Texas Joint Terrorism Task Force (NTJTTF), which includes member agencies from across the region, will continue to follow investigative leads," the statement continued. "An FBI Shooting Incident Review Team (SIRT) will conduct a thorough, factual, and objective investigation of the events."

Law enforcement officials talk to each other after a news conference where they announced that all hostages at Congregation Beth Israel synagogue were safe and the hostage taker was dead on Saturday, Jan. 15, 2022, in Colleyville, Texas. ) (AP Photo/Tony Gutierrez)

The FBI urged anyone with information related to the incident to submit it at tips.fbi.gov or call 1-800-CALL-FBI.

President Biden told reporters in Philadelphia earlier Sunday that the suspect landed in the U.S. and might have stayed at a homeless shelter. Biden said the suspect obtained the weapon used in the incident "on the street," possibly within the homeless community, but he was still getting more information.

He also remarked how the suspect's motive related to wanting someone who was arrested 15 years ago and who has been jailed for 10 years freed, an apparent reference to Aafia Siddiqui.

"This was an act of terror," Biden remarked, praising the FBI and vowing he would speak with the rabbi on how his administration can support houses of worship with "the antisemitism that’s ramping up."

The U.K. government’s Foreign, Commonwealth & Development Office confirmed earlier Sunday to Fox News Digital that the suspect in the Texas synagogue incident was a British man.

In a statement Sunday, Greater Manchester Police Chief Constable Dominic Scally confirmed Akram was from the "Blackburn area of Lancashire."

"I can also confirm that Counter Terror Policing North West is assisting with the investigation being led by US authorities," the statement said.

The incident ended Saturday night with the hostages safe and the man holding them dead, according to authorities. The man allegedly had demanded the release of a Pakistani woman who is imprisoned nearby on charges of trying to kill American service members in Afghanistan.

That woman, Aafia Siddiqui, is serving an 86-year prison sentence after being convicted in Manhattan in 2010 on charges that she sought to shoot U.S. military officers while being detained in Afghanistan two years earlier. She’s a Pakistani neuroscientist who studied in the United States at prestigious institutions — Brandeis University and the Massachusetts Institute of Technology.

Top FBI and Justice Department described her as an "al-Qaida operative and facilitator" at a May 2004 news conference and warned of intelligence showing al-Qaida planned an attack in the coming months. 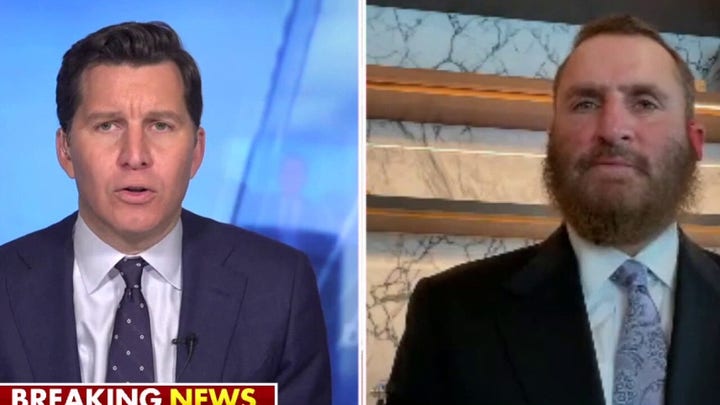 In 2008, she was detained by authorities in Afghanistan. American officials said they found in her possession handwritten notes that discussed the construction of so-called dirty bombs and that listed various locations in the U.S. that could be targeted in a "mass casualty attack."

Inside an interview room at an Afghan police compound, authorities say, she grabbed the M4 rifle of a U.S. Army officer and opened fire on members of the U.S. team assigned to interrogate her.

She was convicted in 2010 on charges including attempting to kill U.S. nationals outside the United States. At her sentencing hearing, she gave rambling statements in which she delivered a message of world peace — and also forgave the judge. She expressed frustration at arguments from her own lawyers who said she deserved leniency because she was mentally ill.

Siddiqui is being held at a federal prison in Fort Worth, where she was attacked in July by another inmate at the facility and suffered serious injuries, according to court documents.