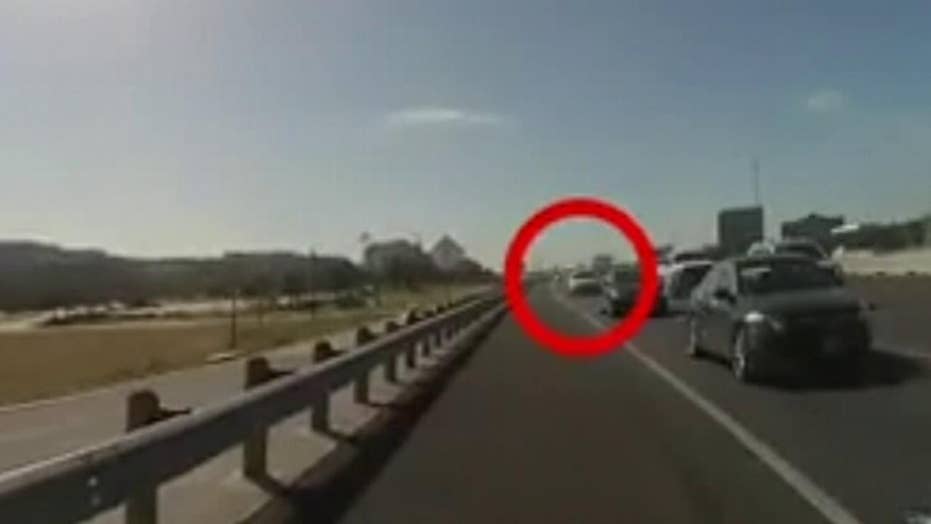 A Texas police officer’s quick thinking saved his life after jumping out of the way before being hit by a passing car during a traffic stop.

Police body-cam footage captured the moment an Irving police officer jumped over a guardrail on Highway 114 to avoid being hit by a car that seemed to swerve onto the shoulder where the official was conducting a traffic stop.

Despite crashing into the officer’s motorcycle, Tuesday’s incident resulted in no injuries, and police decided not to file charges against the driver, Fox 4 reported.

Officials posted the video on Facebook to show the importance of the state’s “Move Over Law.”

The law, originally passed in 2003, requires motorists to move over or slow down when certain vehicles — including police, fire and EMS — are pulled over to the side of the road with emergency lights activated, according to the Texas Department of Public Safety.

Data from the DPS showed that police issued more than 10,650 warnings and citations for failing to obey the law in 2017.