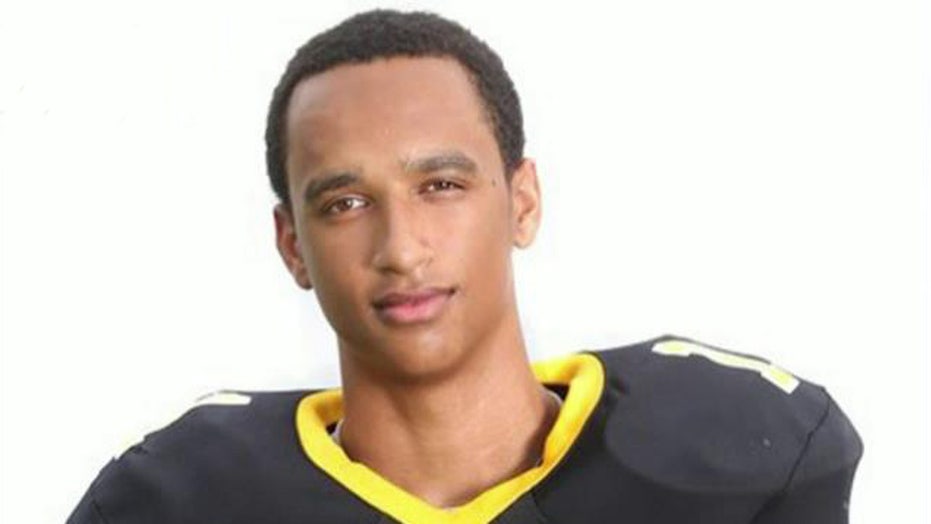 What can be done to prevent high school sports tragedies?

On 'America's Newsroom,' Dr. Marc Siegel reacts to the death of another young football player in Texas

A Texas high school football player died Saturday evening after he reportedly collapsed during a game on Friday.

A cause of death had yet to be determined, USA TODAY reported.

Alto High School junior Cam’ron Matthews was airlifted to East Texas Medical Center after he suffered a seizure on the sidelines during the first half of a game against Price-Carlisle, KETK reported. Earlier in the game, Matthews reportedly told teammates in a huddle that he felt dizzy, according to USA TODAY.

“I am very sorry to say that Cam’ron Matthews has stopped his fight this evening,” Alto High School Principal Scott Walters said in a Facebook post on Saturday. “What an incredible young soul. Please keep Cam’s family in your hearts and prayers and please keep this incredible Alto community in your prayers.”

Matthews is the sixth high-school football player to die since early September, according to USA TODAY.

Alto is about 140 miles southeast of Dallas.