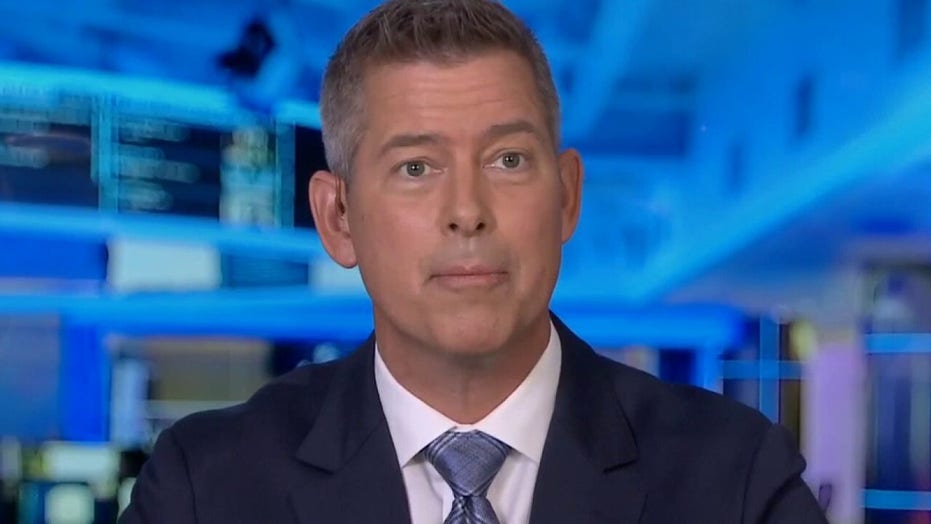 'The Big Saturday Show' panel weighs in on Title 42 and drug smuggling at the U.S. southern border.

EXCLUSIVE: In the days since Gov. Greg Abbott said Texas would bus illegal immigrants released in his state to the U.S. Capitol in Washington, D.C., fewer communities have complained about immigrants being deposited in their towns by federal authorities, state officials say.

Abbott directed the Texas Division of Emergency Management (TDEM) last week to begin transporting illegal immigrants released from federal custody in Texas to Washington, D.C. and other locations outside the Lone Star State.

TDEM said it dispatched buses over the weekend to border communities where it coordinated with officials to identify these immigrants. The agency added that each bus has the capacity and supplies necessary to carry up to 40 migrants released in Texas communities and transport them to Washington, D.C.

TDEM told Fox News on Monday that many of the communities that originally reached out for support – from the Rio Grande Valley to Terrell County – say the federal government stopped dropping immigrants in their towns since Abbott's announcement on April 6.

Still, the governor's legal authority to transport busloads of migrants to the U.S. Capitol remains in question. The 2012 Supreme Court case, Arizona v. the United States, prevents states from making their own immigration policies.

Texas Attorney General Ken Paxton told Fox News that the nuances of the busing plan will be more apparent once President Biden rescinds Title 42 next month. The Trump-era public health emergency has been to quickly expel a majority of migrants at the border because of the coronavirus pandemic.

"I think it's going to coincide very much with what's going on with Title 42, when Biden lets a couple million more people cross over the border – not let them, but invites them," Paxton said.

FILE: National Guardsmen stands watch over a fence near the International bridge where thousands of Haitian migrants have created a makeshift camp, on Sept. 18, 2021, in Del Rio, Texas.  (AP Photo/Eric Gay, File)

The Biden administration has been warned by Republicans and Democrats that rescinding Title 42 will cause a surge in migration – on top of the already massive numbers being encountered by Border Patrol each day. Last week, for instance, around 7,100 immigrants were coming a day to the southern U.S. border.

Border Patrol officials said they are planning for as many as 18,000 arrivals daily once Title 42 expires.

Still, some have questioned whether Abbott’s plan to bus migrants was genuine. The White House dismissed it as a "publicity stunt." Even Texas state Rep. Matt Schaefer, a Republican, called it a "gimmick."

Fox News has made multiple attempts seeking comment from the governor's office.

Paxton, who has dared the Biden administration to take Abbott's policy to court, and dismissed the accusation that the Texas governor was merely posturing.

"The governor has a lot to deal with as it relates to the border," Paxton said. "And he's got a federal government that is betraying the state of Texas, betraying the American people and I think (Gov. Abbott) is just trying to figure out what he can do to protect the people of Texas."

BORDER PATROL UNION VP: GET READY FOR CATCH AND RELEASE ON STEROIDS

On Monday, Gov. Abbott met with the Texas Border Sheriffs Coalition in the border city of El Paso to discuss the state’s ongoing security efforts.

"Texans demand and deserve an aggressive, comprehensive strategy to secure our border—not President Biden's lackluster leadership," Abbott said in a statement. "As the federal government continues to roll back commonsense policies that once kept our communities safe, our local law enforcement has stepped up to protect Texans from dangerous criminals, deadly drugs, and illegal contraband flooding into the Lone Star State."