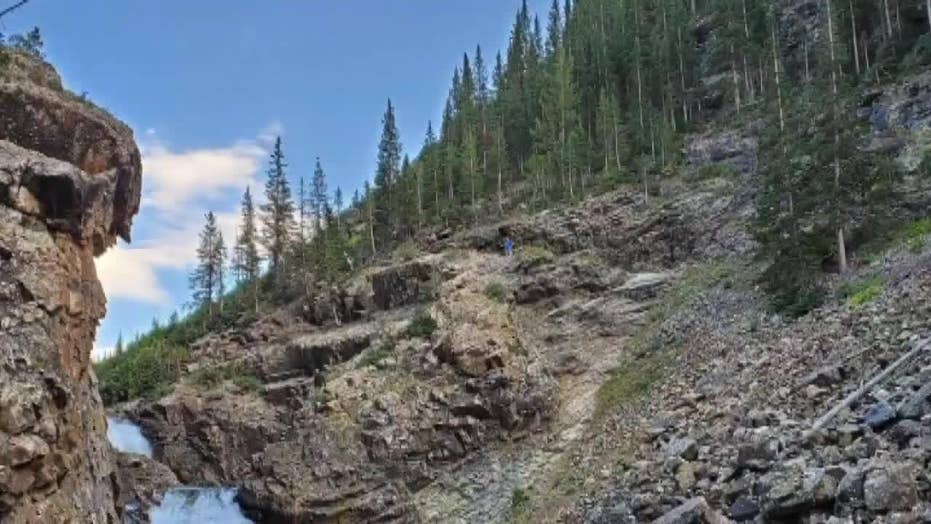 Father of three captures the fall on his helmet camera as he tumbles down a cliff into the water.

A Texas man is lucky to be alive after he fell down a cliff while riding his motorcycle in Colorado — a scary plunge that was caught on his helmet camera.

Rick Hogge was riding his bike with friends earlier this month on a trail on Schofield Pass, near Crested Butte. Wearing a helmet and heavy clothing as he rode, Hogge described the rout — narrow and rocky — as "pretty technical."

Hogge told KDVR his camera was attached to his helmet, capturing the wild video of the ordeal showing the moment he hits a bump in the rocky path, losing his grip or balance. The motorcycle appears to veer left, and Hogge's camera captures him plunging down a cliff.

He bounces off the mountainous terrain — he guesses 60- to 70-feet down — before landing in a body of water below.

"It was quite the fall," he said. "I thought about my kids on the way down."

He swam to a nearby ledge in the water and waited for help. Hogge said his friends found him minutes later. Eventually, his bike was pulled from the water, too.

With rocky and narrow paths, the trail is described as the "most deadly pass in Colorado and for good reason," according to DangerousRoads.com. The trail "passes through remote areas, so you need to be prepared. There have been several fatal accidents on this road," the website warns.

Miraculously, Hogge survived the fall — and without injuries. He told KVUE he "had the smallest scratch and smallest bruise right here that went away the next day."

“So, so many things just went absolutely perfect to allow me to survive that and I really feel like the grace of God is why I am here now," he said.