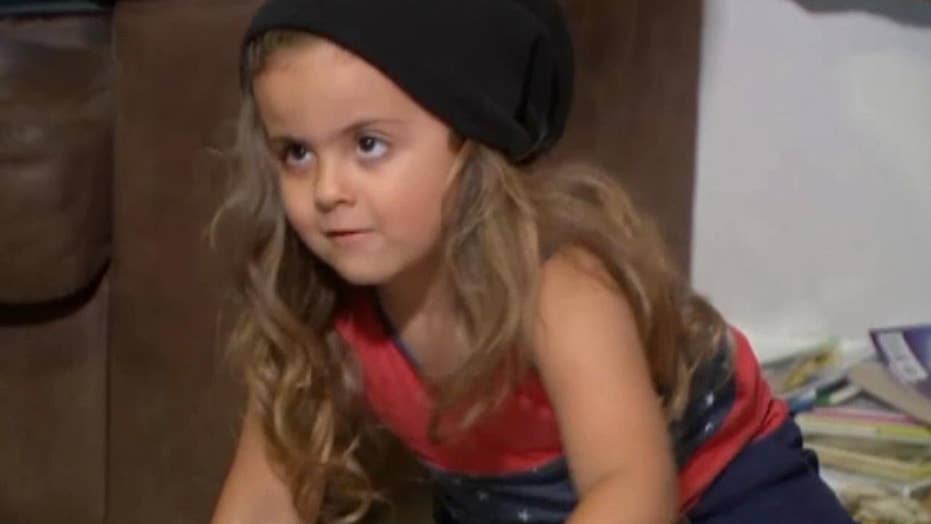 A Texas boy who eagerly started school last week was sent home just two days in when officials banned the child from attending classes because of his long hair, his mother said.

Jessica Oates told FOX26 her son, Jabez Oates, began pre-kindergarten in Barbers Hill Independent School District last week, where she learned during registration that Jabez wasn't allowed to have hair that went below his eyes, ears and neck.

"He's never had a haircut. It's just kinda part of his identity," Oates told the news station. "He's just so smart he blows my mind. Full of energy and excited to learn."

She said school officials told her the 4-year-old boy could keep the long hair -- but only if she wrote a letter stating it was for "cultural or religious" reasons. But before Oates could write the note, she said her son was banned from attending classes unless his brown locks were chopped off. On Monday, Jabez was still not allowed in the building.

"I don't believe that short hair should be required to get an education," Oates said. "I feel like my son is owed the same education that all other children in this school district have."

Oates said she won't cut her son's hair "because that's who he is," adding, "I don't believe in it. I will not cut his hair."

The angered mother posted a video on Facebook on Monday describing the situation and asking followers to share the video. She wrote in the caption the superintendent did "not wish to have a meeting" about the situation.

YALE TO REMOVE CARVING WITH GUN POINTED AT NATIVE AMERICAN

Barbers Hill ISD Superintendent Greg Poole said in a statement to Fox News the the dress code policy listing appearance expectations was created by the Board of Trustees, who are taxpayers in the school district.

"Parents have a right to seek an appropriate educational setting for their child, just as Ms. Oates has the right to place her child in a district that reflects her personal expectations for standards of appearance," the statement said. "There are procedures in place for addressing concerns over policy if it is Ms. Oates' desire to have her son educated in Barbers Hill ISD. But we would and should justifiably be criticized if our district lessened its expectations or longstanding policies simply to appease."

Poole attached the dress code policy that stated all students must have "neat, clean and well-groomed" hair that does "not extend below the eyebrows, below the ear lobes, or below the top of a t-shirt collar." Male students are also not allowed to have their hair in ponytails.