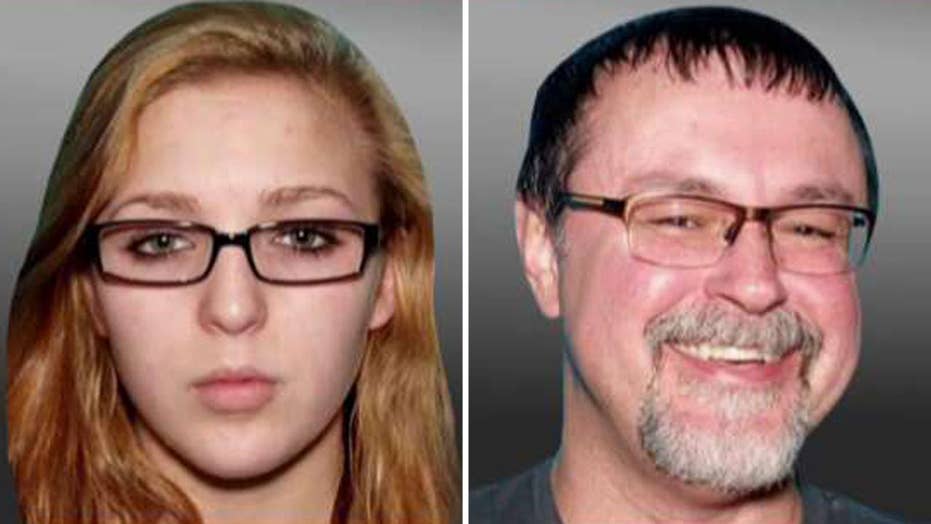 Tad Cummins, 50, searched the internet for teen marriage on March 5, more than a week before he skipped town with Elizabeth Thomas, officials said. He would also search for information about what features a Nissan Rogue has which could allow police to track him, The Tennessean reported.

The pair was last seen March 13.

TBI officials have received more than 650 leads, but no credible sightings of the pair. Officials believe Cummins could have Thomas hidden somewhere away from the public’s view, the newspaper reported.

Cummins was investigated by Culleoka Unit School after another student reported seeing him kiss Thomas on the lips in January, school records show. Cummins was allowed to continue teaching during the school’s investigation. He was suspended on Feb. 6.

However, nobody in the school notified the girl’s family about the kiss allegations, the family’s attorney Jason Whatley said. He said the school system must have not believed the student's report of seeing Cummins kiss the girl.

Whatley added that Anthony Thomas, the teen’s father, only learned of the kissing allegation a week later after a detective with the Maury County Sheriff’s Department went to the home to investigate.

Cummins was fired by the school the day after he disappeared with Thomas. Police believe he’s carrying two handguns. Authorities said the teen is in imminent danger and have asked residents to stay vigilant.

Cummins in on the state’s ‘Top 10 Most Wanted’ list with a $1,000 reward for information leading to his capture.

Anyone who sees Cummins or Thomas or knows anything about their whereabouts is urged to contact 1-800-TBI-FIND.