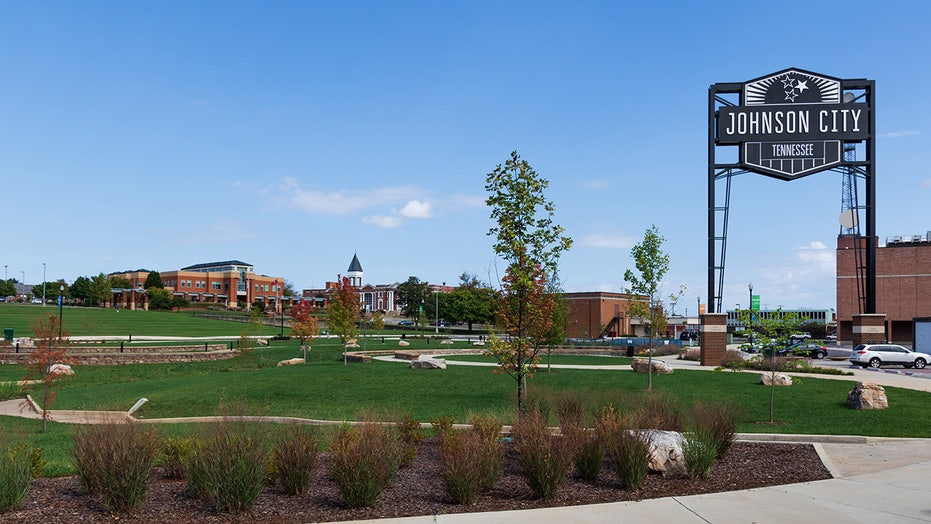 Tennessee police are searching for a driver who was captured on video striking a pedestrian in a hit-and-run during a Black Lives Matter protest Saturday.

A white Ford Expedition SUV was reported to have hit a man at an intersection in Johnson City before fleeing the scene, Johnson City police said in a statement. The victim was treated at a hospital for unspecified injuries.

A “person of interest” who may be involved in the accident has been identified, police said, but they did not release any names. Investigators said more information was expected to be released Monday.

A 22-second video shared online by Brent Chaffin shows a man standing in front of a white SUV during a Black Lives Matter demonstration in the city’s downtown. The vehicle lunges forward, appearing to run over the man and bumping another man’s leg before driving away. A person can be heard saying the vehicle has North Carolina tags.

The video does not show the moments leading up to the incident.

The man seen being run over was taking photos of the demonstration, Chaffin told the Johnson City Press. Chaffin, an organizer of the protest, said demonstrators were marching to the Johnson City Police Department when they stopped on either side of a crosswalk at an intersection.

Chaffin said the incident unfolded when the vehicle began moving forward to get past the protesters standing in the crosswalk. He said protesters began blocking the vehicle, which then accelerated forward and struck the protesters.

While officials have not given an update on the victim’s condition, Chaffin said the man’s knee was “messed up pretty bad.”

Johnson City police said a "person of interest" has been identified. (iStock)

In response to the hit-and-run, protesters returned the area Sunday to demand justice for the victim.

Since the May death of George Floyd in police custody in Minneapolis, downtown Johnson City has regularly been the site of Black Lives Matter demonstrations, the paper reported.

The group has already announced plans to counter-protest a "Back the Blue" rally, a pro-police officer event, in nearby Elizabethon on Saturday, according to WCYB-TV.