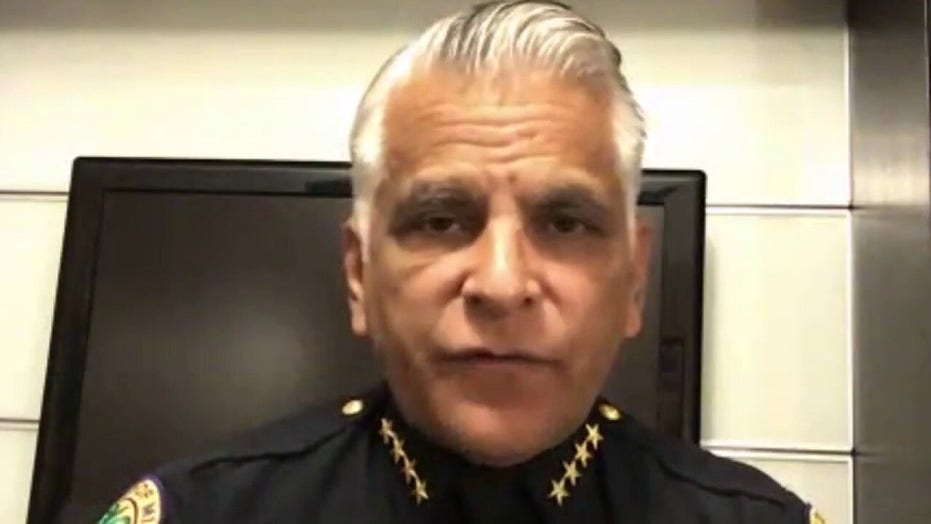 Police chiefs speak out against ambush on Los Angeles deputies

Protesters blocking the hospital entrance where two Los Angeles sheriff’s deputies who were shot in an ambush are being treated is a “new low,” Detroit Police Chief James Craig said alongside a panel of other police chiefs from across the nation on “Fox & Friends” Monday.

“There is some that is a part of this anarchist movement that spew hate, they incite violence, and so now taken to the level of blocking emergency entrances to a hospital for others that might need immediate medical attention is horrible," Craig said.

"I've got to tell you," he added, "the escalation of violence toward our men and women in uniform, I have not seen it like this in 44 years in this business.”

Los Angeles police officials have announced a $100,000 reward for information that leads to the gunman who ambushed two sheriff’s deputies in Compton over the weekend.

The sheriff’s deputies’ injuries were listed as critical immediately after the shooting, and both underwent surgery, police said. Their conditions have since been downgraded to stable, according to multiple reports.

Police later announced the arrests of two individuals at the hospital, including a woman who was later identified as a member of the press, after she allegedly “ignored repeated commands to stay back as they struggled” with arresting the other person, police said.

“When you think about what happened there in L.A. County, the fact that you have two officers sitting in a car, they are ambushed, they are shot for no reason other than wearing a uniform, then you show up at a hospital and you chant, ‘We hope you die,’ while you block the entrance of the hospital, depriving people of medical services, it's such a lack of humanity,” Colina said.

Colina said that such behavior is not a matter of “politics” and “should be denounced by everyone.” 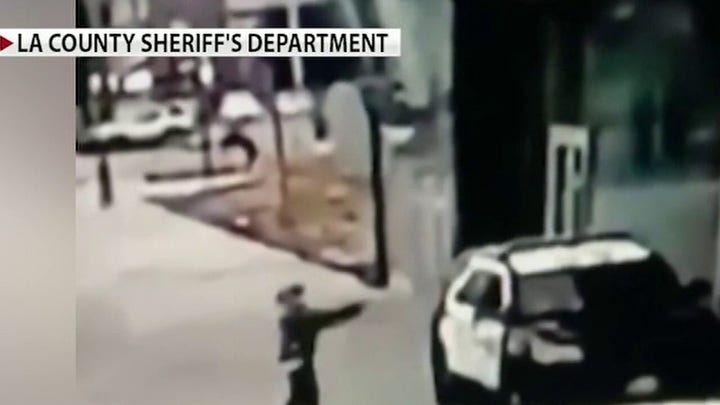 Manchester Township, N.J., Police Chief Lisa Parker also weighed in saying that after 100 days of rioting, there has got to be a point to stop.

“When do we say enough is enough?” Parker said.

“When do we let the business go back to doing business? Think about just even here in New York City. Our families, we would have been in New York multiple times, we don’t go to New York now and I wouldn’t suggest anyone going there. It’s hurting businesses, people are leaving — when does America say enough is enough? My thoughts are it’s in the polls in November.”