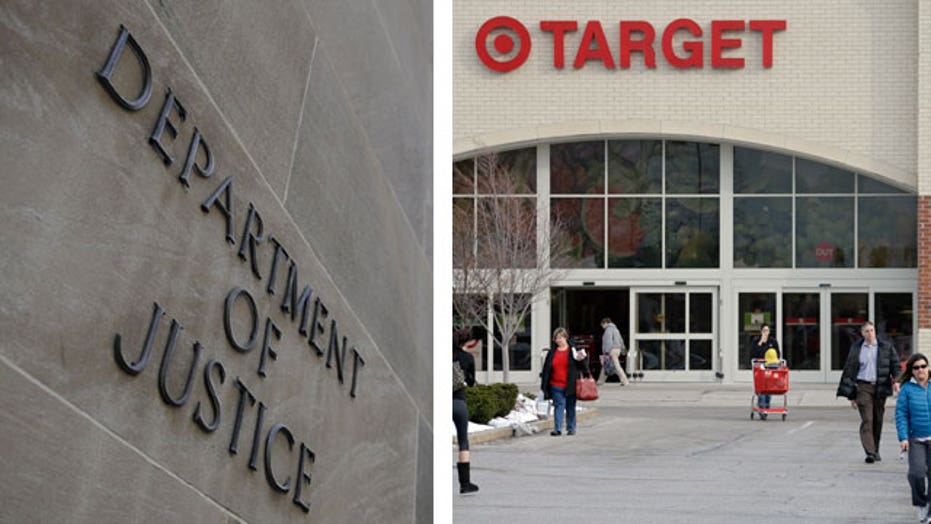 Millions of credit and debit cards compromised on Black Friday

Target Corp. said Monday that the Department of Justice is now investigating the retailer’s credit and debit card security breach, as federal lawsuits are starting to trickle in from customers around the country.

The investigation comes after Target revealed last week that data connected to about 40 million credit and debit card accounts were stolen between Nov. 27 and Dec. 15. Security experts say it's the second-largest theft of card accounts in U.S. history, surpassed only by a scam that began in 2005 involving retailer TJX Cos. That affected at least 45.7 million card users.

By Monday evening, more than a dozen Target customers had filed federal lawsuits, with some accusing Target of negligence in failing to protect customer data.

The Department of Justice declined to comment on whether it's investigating the breach at Target, the nation's second-largest discounter. But Target said that it's cooperating with the DOJ's probe.

The news came as Target also said that it is working with the U.S. Secret Service in the retailer's own investigation and that its general counsel held a conference call on Monday with state attorneys general to bring them up to date on the breach.

"Target remains committed to sharing information about the recent data breach with all who are impacted," Molly Snyder, a Target spokeswoman, said in a statement.

Target has been trying to deal with fallout from the breach during what is typically the busiest shopping season of the year.

Target has said that it told authorities and financial institutions once it became aware of the breach on Dec. 15. The company issued an apology to customers and doubled the number of workers taking calls from customers around the clock. It also offered 10 percent off to customers who wanted to shop in its stores on Saturday and Sunday and free credit-monitoring services to those who are affected by the issue.

But there are early signs that some shoppers are scared off by the breach. Scotty Haywood, who lives in Smiths Station, Ala., said he plans to stop shopping at the store. He said his debit card number had been stolen after he used it at Target the day after Thanksgiving.

He said the card was denied when his wife tried to use it Thursday at a grocery store. He said the couple knew something was wrong because they had $2,200 in the account.

"The possible savings of a few dollars (by going to Target) are nothing compared to the money that has been stolen from us," he said.

Credit and debit card accounts stolen in the breach reportedly are on sale in batches of millions in online black markets, going from $20 to upwards of $100 a card.

Overall, Customer Growth Partners LLC, a retail consultancy, estimates that the number of transactions at Target fell 3 percent to 4 percent on Saturday, compared with a year ago. The Saturday before Christmas is usually one of the top busiest days of the season.

"Before this incident, Target had a chance of at least a decent Christmas. Now, it will be mediocre at best," said Craig Johnson, president of Customer Growth Partners, a retail consultancy.

Meanwhile, consumer perception about the Target brand has dropped steeply since the news broke Wednesday night, according to YouGov BrandIndex, which surveys 4,300 people daily. The index ranges from 100 to negative 100 and is compiled by subtracting negative customer feedback from positive customer feedback.

Before the breach, Target's index was 26, higher than the rating of 12 of its peer group of retailers that include Wal-Mart. Now, it's negative 19.

Eric Hausman, a Target spokesman, declined to comment specifically on sales or the impact of its 10 percent offer, but said that stores "were busy."