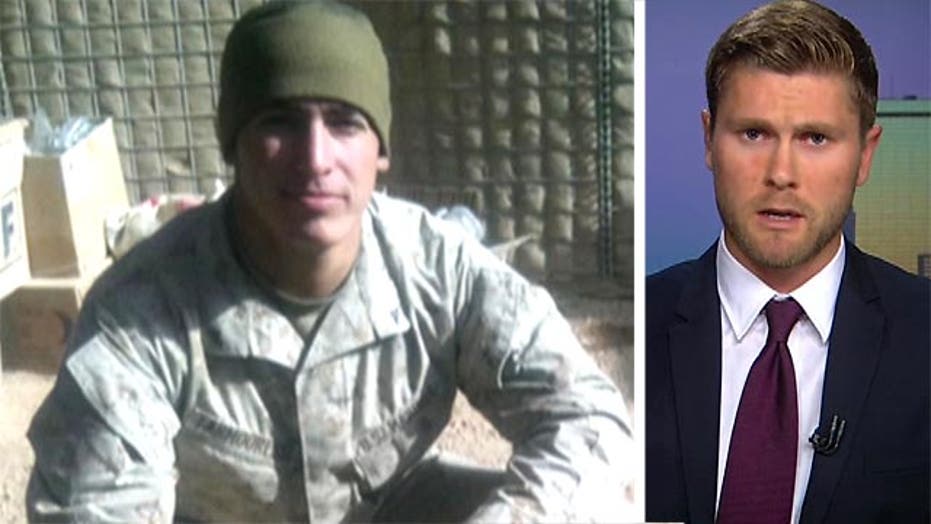 Friend of Sgt. Andrew Tahmooressi gives an update on his morale while still being held in a Mexican prison while questions about his legal team swirl #MarineHeldinMexico

The defense of Marine Sgt. Andrew Tahmooressi, jailed in Mexico since March 31 after accidentally crossing the border with three registered guns, is once again in turmoil, as yet another legal shakeup has dashed any hopes for a quick return to the U.S.

Although Tahmooressi's mother would not confirm that the second of two attorneys hired to win her son's freedom had been fired, sources told FoxNews.com that Lamberto Jesus Esquer Dabdoub is no longer representing the Marine and veteran of two tours of duty in Afghanistan. A news conference that had been scheduled for Thursday at Esquer's Tijuana office was canceled without explanation, and the lawyer has not returned repeated calls for comment.

Another Marine who served with Tahmooressi, who, like Podlaski, has been in touch with him, said he has heard similar speculation.

Jill Tahmooressi, of Weston, Fla., has expressed frustration with the legal process in Mexico. She fired her son's original attorney, Alejandro Osuna, on May 28, the day before Andrew Tahmooressi was to testify for the first time. After initially expressing confidence in Esquer, Jill Tahmooressi has declined to discuss her son's legal team.

FoxNews.com spoke to Jill Tahmoressi and confirmed Thursday's press conference was canceled. She was upset when making this announcement, became quiet and burst into tears. Further attempts to contact her have been unsuccessful.

The legal problems and lack of help from the U.S. government has left Tahmooressi's friends fuming.

"This is ridiculous," said an angry and frustrated Podlaski who has been repeatedly critical of the Obama administration and wants to free his friend, whom he has called a real American hero.

Podlaski also expressed concerns about the mounting financial burden these failed attempts to obtain reliable legal representation from Mexico for Andrew Tahmooressi is becoming for the family. Jill Tahmooressi, a registered nurse, would not disclose costs in previous conversations only saying the Mexican lawyers required substantial retainers.

But hiring lawyers south of the border can be a costly and risky endeavor. The mother of Jon Hammar Jr., another U.S. Marine who spent several months in a Mexican jail until his release in late 2012, told FoxNews.com that they paid $90,000 "and some change" for their attorney. She got the attorney's name from a list maintained by the State Department, but does not believe the U.S. closely vetted him.

"It was essentially from the phone book," Hammar said.