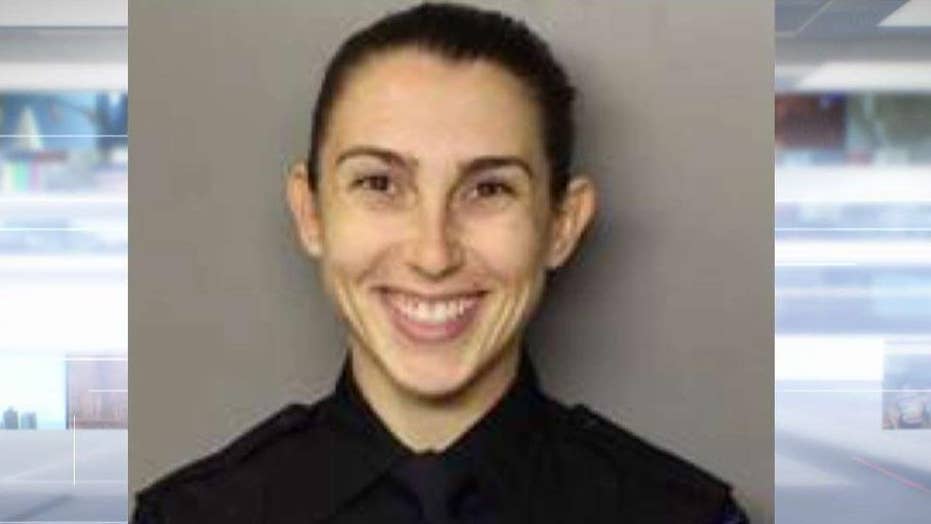 26-year-old Tara O'Sullivan is the first Sacramento officer killed in the line of duty in 20 years; Christina Coleman reports.

Police in Sacramento, Calif., released dramatic body-camera footage Friday in connection with the fatal shooting of a 26-year-old rookie cop.

Officer Tara O’Sullivan was shot several times, with at least one of her wounds being "non-survivable,” after she and her training officer, Daniel Chip, were ambushed Wednesday during a domestic violence call, FOX 40 Sacramento reported.

“You OK? You OK?” Chip is heard shouting in the video.

“This is a high-powered rifle. Get out here now,” the officer says into his radio. “We’ve got one down.”

"Stay down,” he says as more shots are heard.

Earlier, the camera had captured Chip trying to convince the suspect that approaching officers meant him no harm.

Suddenly, more than 20 shots ring out from inside the door, FOX 40 reported. Chip hurries away from the doorway and takes cover in an adjacent carport.

O'Sullivan had been helping an unidentified woman move her belongings out of the garage of a home when she was shot, police said.

On Friday, suspect Adel Sambrano Ramos, 45, was charged with murder, attempted murder and possessing illegal weapons. He was arrested after an eight-hour standoff.

The department has been criticized for taking 45 minutes to rescue O’Sullivan, who later died at the hospital. Hahn said officers needed to wait until an armored vehicle arrived, or "we would have additional officers murdered that day," the Associated Press reported.

The officers had come to Ramos' home because he had failed to appear in court for a domestic violence charge.