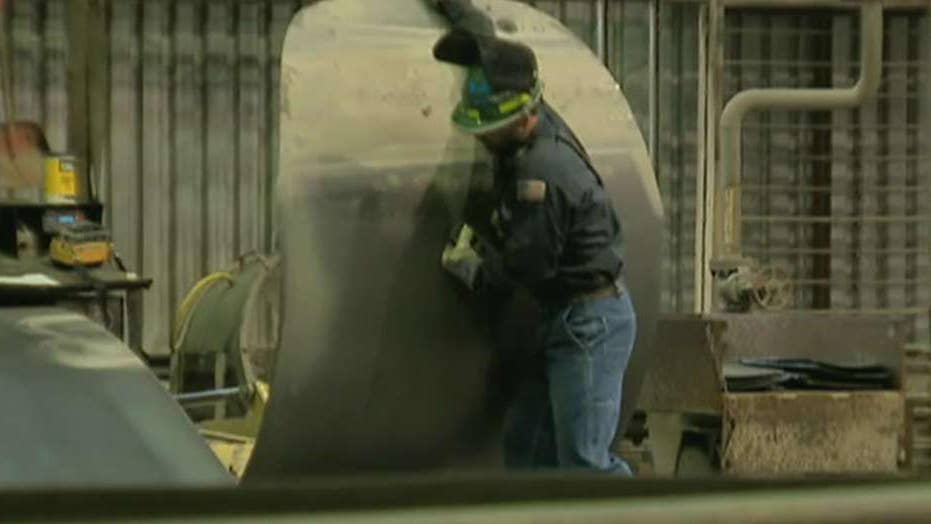 US steel making a comeback after years of decline

CRAWFORDVILLE, Indiana – The steel industry in the U.S. was hoping for a comeback after years of decline.

Following the election of President Donald Trump, industry insiders thought his “America First” focus and pro-steel mantra would give a major boost to the sluggish industry.

But on Wednesday, bad news came: U.S. Steel, one of the largest steel companies in the world, got hammered by investors, who slashed 27 percent of its market value, after the company that built Pittsburgh posted a surprising first-quarter loss. The company had seen its stock prices jump after Trump was elected and announced major expansion plans – but the losses rattled investors.

But that’s one company. Look beyond those numbers and you see a bright spot: Minimills are seeing their businesses bounce back.

“I think the focus this administration has put on manufacturing and on industry as important as steel in particular, creates a bump for us also,” said John Ferriola, president and CEO of Nucor, the country’s largest minimill steelmaker, which is based in Charlotte, North Carolina.

TRUMP ORDERS PROBE OF FOREIGN STEEL'S IMPACT ON US SECURITY

Charles Bradford of Bradford Research, a New York-based research and investment firm, said profits for minimills are up 50 percent to 100 percent compared to this time a year ago.

“The minimill part of the industry is doing quite well, from a financial standpoint,” Bradford said. “They were nicely profitable.”

Amid complaints that foreign governments were subsidizing their steel manufacturing and manipulating prices by dumping cheap steel into the market, Trump invited the heads of the steel industry to The White House recently.

Trump launched a trade probe into China and other exporters of cheap steel. He raised the possibility of new tariffs and launched an investigation into dependence on foreign steel for defense.

“This investigation will look at how steel imports are impacting the United States’ national security – taking into account foreign practices such as steel dumping,” Trump said. “It's a tremendous problem in this country.  They're really hurting not only our country, but our companies.”

Ferriola, Nucor’s CEO, said all steel manufacturers want is a level playing field to compete against countries like China, which produces half of the world’s steel.

The company has beefed up production and moving more steel out the door. Since the company has a pay incentive program – that trickles down all the way to the guys on the production line – that has a direct impact on the check they bring home.

“So the more we produce, the greater the bonus,” said Lee Huckstep, a strand tender at Nucor. “It makes a huge deal to me.”