Judge Aaron Persky, who sentenced Brock Turner to six months in jail after he was convicted of sex crimes, was recalled by voters in California. He is the first judge to be recalled in more than 80 years. (AP Photo/Jeff Chiu)

Northern California residents on Tuesday voted to recall the judge who sentenced a former Stanford University swimmer convicted of sexual assault to a short jail sentence instead of prison.

Voters opted to oust Santa Clara County Judge Aaron Persky. He was targeted for recall in June 2016 shortly after he sentenced Brock Turner to six months in jail for sexually assaulting a young woman outside a fraternity house on campus. Prosecutors argued for a 7-year prison sentence.

Turner was instead sentenced to six months in jail for sexually assaulting a young woman outside a fraternity house on campus. Critics say Turner's sentece was too lenient. 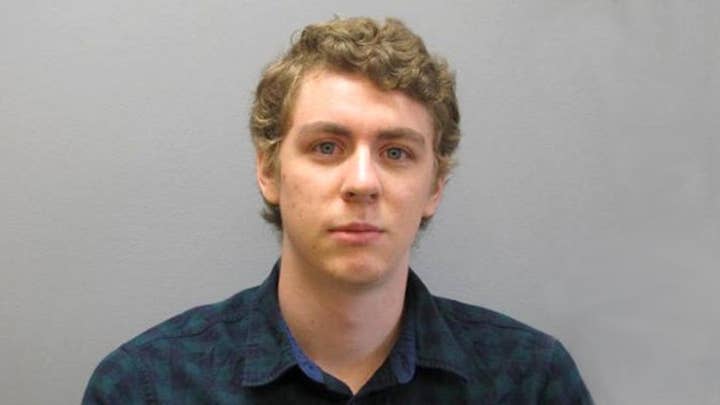 Persky maintained that he had followed a recommendation from the county probation department. The California Commission on Judicial Performance ruled that the case was handled legally.

The case gained national prominence after the victim read a statement in court before Turner's sentence. The statement made the rounds online and was read on the floor of the U.S. Capitol during a congressional session.

The recall election was viewed as one of the first electoral tests of the #MeToo movement's political strength.

In this June 10, 2016 file photo, Stanford law professor Michele Dauber speaks at a rally before activists delivered over one million signatures to the California Commission on Judicial Performance calling for the removal of Judge Aaron Persky from the bench in San Francisco. (AP Photo/Eric Risberg)

Michele Dauber, a Stanford University professor who led the recall effort, said the election "expresses clearly that sexual assault, sexual violence is serious and it has to be taken seriously by elected officials.”

It's a historical moment when women across all sectors of society are standing up saying enough is enough.

She added: "It's a historical moment when women across all sectors of society are standing up saying enough is enough."

LaDoris Cordell, a former Santa Clara County judge who led a counter campaign against the recall, called the decision "a sad day for the California judiciary."

Cordell added, that the vote implies if judges don't concede to popular opinion, "they can lose their job."

Persky has served on the court since 2003. He declined The Associated Press' request for comment late Tuesday.