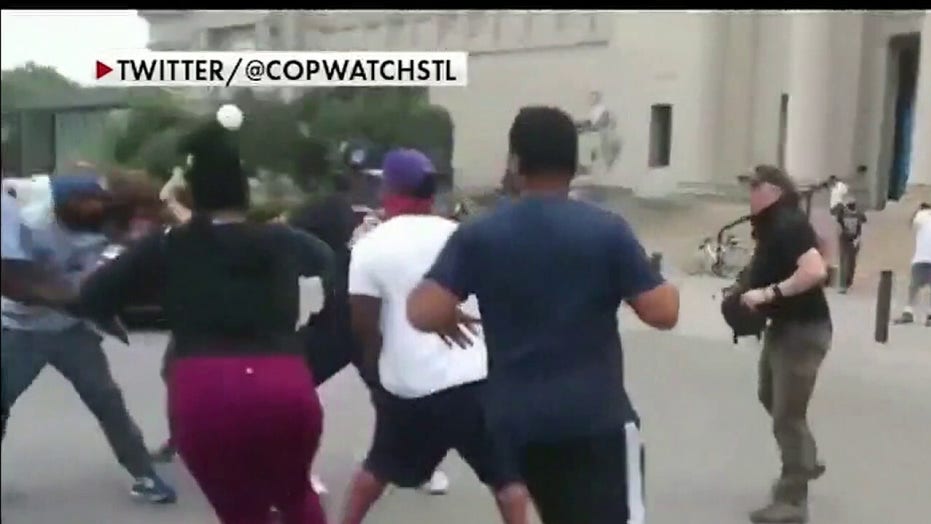 If the current homicide rate in St. Louis maintains its pace, the Missouri city could be on track to surpass the 194 recorded homicides it saw in 2019.

Between January and May, the city had 77 recorded homicides, according to data from the St. Louis Metropolitan Police Department. When adding in the number of homicides from the unfinished June, the total number jumps up to 99, the police department’s 2020 UCR Homicide Analysis shows as of Monday.

“We have a violence crisis because we’re not doing what’s necessary,” said James Clark, a vice president of public safety and community response for the St Louis Urban League, in an interview with FOX 2 St. Louis. “This is senseless violence, but now we’re looking at needless violence. We need not continue at the rate that is happening in the St. Louis Metropolitan area.”

Of the 99 St. Louis homicides this year, 29 were closed while 70 remain open. Additionally, eight homicides not included in the police department’s report were considered “justifiable.”

As a community leader, Clark believes the homicides are occurring to a lack of de-escalation techniques, a sentiment that is shared by Lewis Reed – the president of the Board of Alderman – despite the board he represents having approved $5 million for the public health program Cure Violence in October of last year.

3 CHILDREN SHOT DEAD, ANOTHER 2 WOUNDED IN THE CROSSFIRE OVER JUST 1 WEEK IN CHICAGO

However, the sheer amount of homicides is a lot for the organization.

“We’re essentially are going to go another summer with no additional support, still operating on the old system that’s brought murders, after murder, after murders,” Reed told FOX 2.

The number of homicides in St. Louis has exceeded 185 in the last four years, according to police records, with the highest being 205 homicides in 2017, which is also the year a Pew Research Center report dubbed it a “murder capital.”

St. Louis’ current rising homicide rate comes at a time when there is citywide unrest due to recent protests for the demilitarization and defunding of police, which is the latest demand after the death of Minneapolis resident George Floyd and other unarmed African-Americans – some of whom, including Floyd, died in police custody.