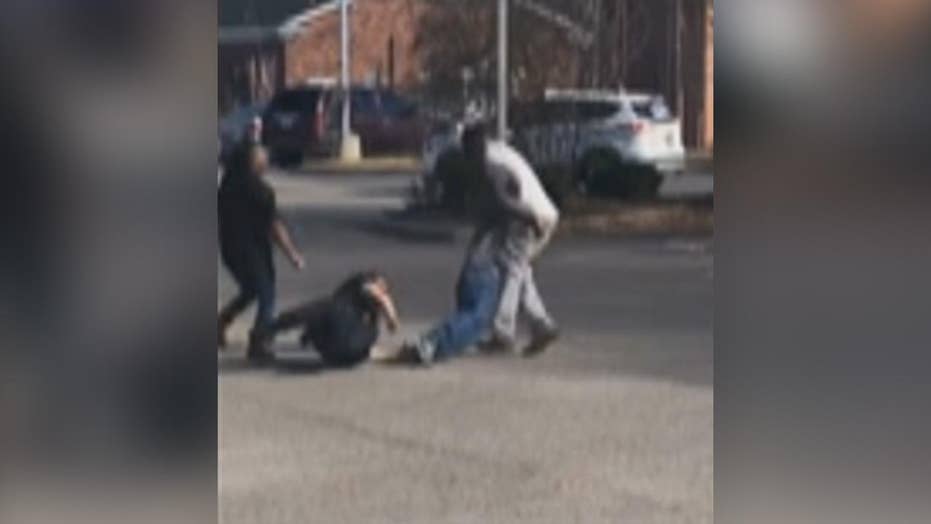 Police in Columbia, South Carolina, are thankful for some civilian assistance given to an officer who was trying to arrest a combative suspect on Thursday.

A video posted on Facebook shows a female Columbia officer trying to arrest an aggressive man at a convenience store. The officer can be heard telling the man to “get on the ground” as she pulls out her stun gun.

However, the man does not obey and receives a stun-gun jolt.

After that, the two tussle as the man continues to ignore the officer’s demands despite being hit with Mace.

A civilian assist helps tackle the man so the officer can apply cuffs.

A spokesperson from the Columbia Police Department told FOX 57 they are thankful for the good Samaritan helping hand.

The name of the suspect has not been released, but charges are reportedly forthcoming.