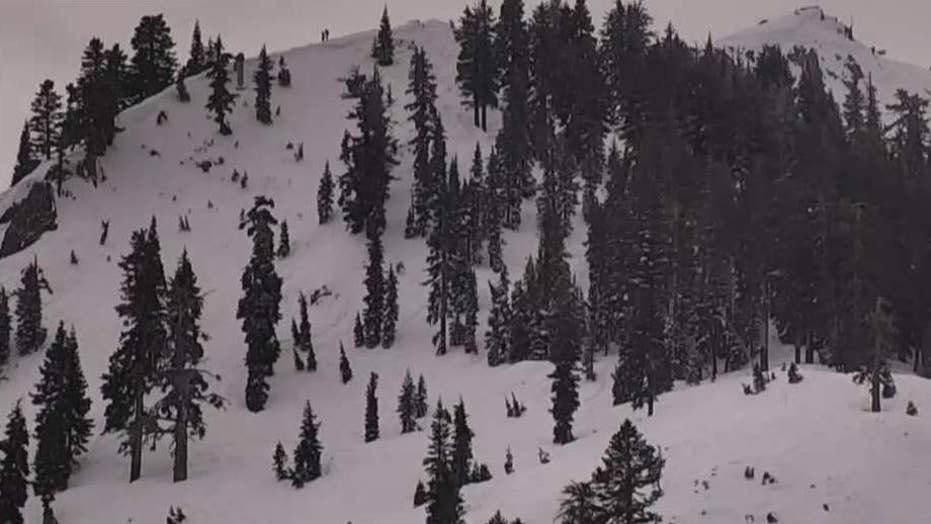 Sheriff: One dead, one seriously injured in avalanche at Lake Tahoe ski resort

A male skier sustained fatal injuries and was pronounced dead by the Placer County Sheriff’s Office at Alpine Meadows ski resort in California.

An employee of a ski resort on the California-Nevada border died Saturday after he was found unconscious, becoming the third person to die in snow-related accidents in the Lake Tahoe area over the weekend.

Nicholson was airlifted to Carson Valley Medical Center, where he was pronounced dead.

In a news release posted to Facebook, officials said Nicholson was a member of the Heavenly Ski Patrol and had been working on Saturday.

"The Douglas County Sheriff’s Office and Washoe County Coroner’s Office is working to identify a cause of death," officials said. "There is no further information available at this time."

A ski patroller died after a “serious incident” at Heavenly Ski Resort over the weekend in the Lake Tahoe area. (iStock)

While county officials did not release additional details, resort officials told KOLO-TV Nicholson was on an expert trail when a “serious incident” took place.

The incident on Saturday was the third deadly snow-related accident in the region over the weekend.

On Friday afternoon, a man was killed in a snowmobile accident near Blue Lakes, the Tahoe Daily Tribune reported.

Earlier that day, Cole Comstock, 34, of Blairsden, Calif. was killed in an avalanche at another ski resort in the Lake Tahoe area.

The avalanche at Alpine Meadows Ski Resort happened Friday morning after a storm dumped between 11 and 22 inches of new snow in the area.

The Sierra Avalanche Center warned of dangerous avalanche conditions for all elevations following the storm. Its website said there was “a high degree of uncertainty in regards to snowpack instability near and below treeline.”

Fox News' Nick Givas and the Associated Press contributed to this report.