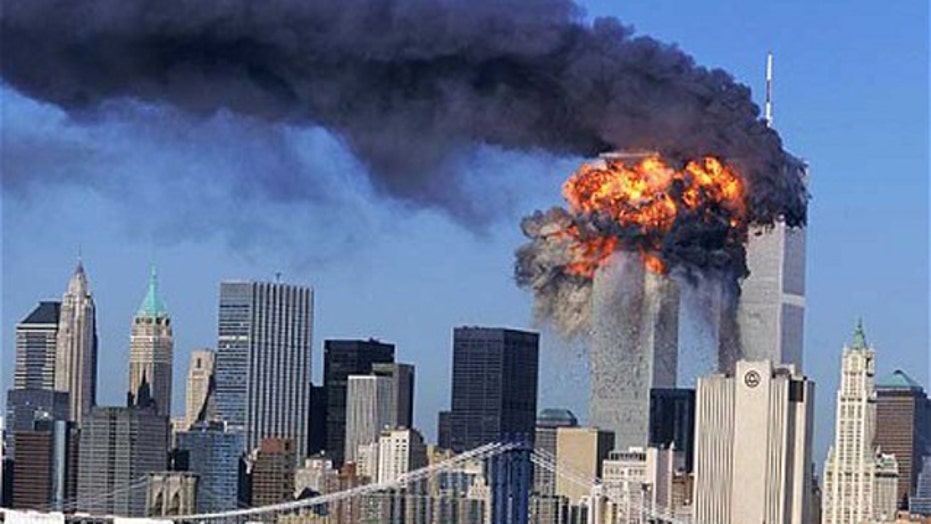 A University of North Carolina English course on the 9/11 attacks comes with a lengthy reading list of works that critics say portray Americans as the bad guys and radical Islamists as sympathetic, but some of the professor's former students warn those taking the class not to disagree with the professor.

According to a posting by a UNC student on higher education blog The College Fix, “Literature of 9/11” offers a syllabus of reading assignments that include poems, memoirs and graphic novels widely perceived as presenting terrorists in a sympathetic light and the U.S. as an imperialist nation. The course is taught by associate professor Neel Ahuja, and according to a review of his course syllabus, most of the reading focuses on justification. Required reading includes “Poems from Guantanamo: Detainees Speak,” a collection of poems written by terror detainees; “Reluctant Fundamentalist,” a work of fiction in which the protagonist is a successful Pakistani in the U.S. who eventually comes to believe America to be evil; and "Sirens of Baghdad," the final installment in a trilogy of novels focusing on Islamic fundamentalism.

"Carolina offers academic courses to challenge students - not to advocate one viewpoint over another.”

— Statement from University of North Carolina

“[The book] brings the reader inside the mind of an unnamed terrorist-to-be, an Iraqi Bedouin, radicalized by witnessing the death of innocents and the humiliation of the civilian population by the American forces in the Second Gulf War,” reads a review from Publisher’s Weekly. “Without apologizing for the carnage caused by either side in the conflict, the author [Yasmina Khadra] , a former officer in the Algerian army, manages to make the thoughts of a suicide bomber accessible to a Western readership, even as the scope of the terrorist's intended target, meant to dwarf 9/11 in its impact, and the method's plausibility will send a shiver down the spine of most readers.”

Ahuja did not respond to requests for comment but university officials defended the course.

"For any student, part of the college experience is the opportunity to grow by learning about yourself and how you engage with and learn from those who have different points of view,” the Chapel Hill school said in a statement. “Carolina’s first-year seminar program is part of that growth. The University isn’t forcing a set of beliefs on students; we’re asking them to prepare for and engage in every lesson, debate and conversation, and share what they think. Carolina offers academic courses to challenge students - not to advocate one viewpoint over another.”

"He favors kids who share his own views, so learn to do that," wrote one poster who took the class in 2010. "A very interesting guy, just don't disagree with him.”

Another commenter agreed, writing last November, “AGREE WITH HIS STANCE IN YOUR PAPERS!!!!!”

“Portray yourself as a socialist who views USA as a horrible imperialist country squashing other countries- support illegal immigration and radical Islam,” wrote another commenter. “Then you will get an easy A.”

However, some former students took issue with The College Fix report.

“As someone who took this class at UNC, I strongly disagree with this article,” read a comment from one former student. “The class would be more aptly named, ‘The Cultural Impact of 9/11,’ and considering the class as I took it in 2011, much of this article is untrue. Course reading also included "Extremely Loud and Incredibly Close," a Jonahtan Safran Foer novel from the perspective of a young jewish boy whose father was lost in the event.”

Charles Stozier, founding director of the Center on Terrorism at John Jay College in New York and author of the 2011 book, “Until The Fires Stopped Burning: 9/11 and New York City in the Words and Experiences of Survivors and Witnesses,” said he understands what Ahuja is trying to do, but doesn't necessarily agree with his methods.

“He’s obviously trying to convey that there’s literature from outside of the perspective of the survivor and witnesses,” Strozier said. “You could say that the course takes no account of the victims of 9/11, which is okay, but the course seems to privilege a different perspective.

Stozier, who is teaching three courses on terrorism this fall at John Jay, said that he would have devised a different syllabus.

“I would prefer a broader political approach by starting with a look at the effects through victim and survivor statements and then look at some of the other perspectives," he said.

Officials from UNC say that the class is voluntary and that like many other seminar programs, students should use it as an opportunity for debate.

“More than 80 seminar courses on a wide variety of topics were available to incoming freshman this semester,” read the statement provided to FoxNews.com. “The ability to bring differing points of view goes beyond the classroom; each year, student organizations invite speakers representing their own platforms that, collectively, offer an array of diverse ideologies from the left and right that lead to intellectual debate and discovery."