Dems ready to hold Barr in contempt, Starr blasts leak of 'whiny' Mueller letter
As Democrats scheduled a vote this Wednesday on whether to hold Attorney General William Barr in contempt of Congress, former independent counsel Ken Starr sharply criticized the leak of Special Counsel Robert Mueller's letter following Barr's summary of the Russia report. Details of the March 24 letter went public shortly before Barr testified before the Senate Judiciary Committee last week. Multiple news outlets reported that Mueller raised concerns about how Barr's conclusions from the investigation were being portrayed. In an interview on "The Story with Martha MacCallum" on Monday, Starr called the release of the letter an "unforgivable sin" and said Mueller's complaints were "whiny." Wednesday's scheduled contempt vote on Barr is based on the Justice Department's failure to provide the full text of Mueller's report by a Monday morning deadline.

Court battle over Trump's tax records developing
Treasury Secretary Steven Mnuchin has denied House Ways and Means Committee Chairman Richard Neal's request for President Trump's tax returns, setting up a likely court battle. In a letter on Monday, Mnuchin said he'd relied on the advice of the Justice Department and concluded the request lacked a "legitimate legislative purpose." Mnuchin's decision is sure to set in motion a legal battle over Trump’s tax returns. The likely options available to Democrats would be to subpoena the Internal Revenue Service for the returns or to file a lawsuit.

Trump pardons former Army lieutenant convicted of killing suspected al Qaeda terrorist
President Trump has pardoned a former Army lieutenant who was convicted in 2009 of killing an Iraqi prisoner suspected of being an Al Qaeda terrorist, the White House announced Monday evening. White House Press Secretary Sarah Sanders cited "broad support" for Michael Behenna, of Edmond, Okla., "from the military, Oklahoma elected officials, and the public" -- including 37 generals and admirals, along with a former Pentagon inspector general -- as the reason for Trump's clemency grant. Sanders also said Behenna had been a "model prisoner" while serving his sentence. A military court originally sentenced Behenna to 25 years for unpremeditated murder in a combat zone. However, the Army's highest appellate court noted concern about how the trial court had handled Behenna's claim of self-defense, Sanders said. The Army Clemency and Parole Board reduced his sentence to 15 years and paroled him in 2014, as soon as he was eligible. 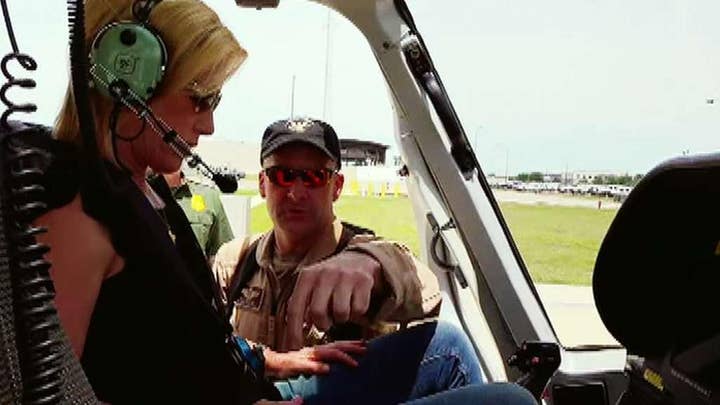 Ingraham gets an up-close look at the border crisis
On Monday's edition of "The Ingraham Angle, host Laura Ingraham joined the U.S. Customs and Border Protection to get an exclusive look at the border crossing in Del Rio, Texas. Watch the video above to find out what Ingraham and her team encountered and tune in to "The Ingraham Angle" tonight at 10 ET to watch more exclusive reports. Ingraham and Fox News' Raymond Arroyo will host a special behind-the-scenes show from their border visit that drops on Fox Nation Tuesday.

Awaiting the royal reveal
Britain's Prince Harry and Meghan Markle welcomed a bouncing baby boy early Monday morning, and now the world is waiting to find out the royal newborn's name and what he looks like. On Monday, a jubilant Harry said he and Markle still hadn't decided on his name. Images of the baby boy were not released. A few details were released in statement on Instagram. "We are pleased to announce that Their Royal Highnesses The Duke and Duchess of Sussex welcomed their firstborn child in the early morning on May 6th, 2019. Their Royal Highnesses’ son weighs 7lbs. 3oz.," the couple announced. "The Duchess and baby are both healthy and well, and the couple thank members of the public for their shared excitement and support during this very special time in their lives. More details will be shared in the forthcoming days."

MINDING YOUR BUSINESS
Trump’s tariffs: Where we are, where we might be going.
U.S. stocks rebound after huge early session plunge.
Most expensive U.S. infrastructure projects.

#TheFlashback
1984: A $180 million out-of-court settlement is announced in the Agent Orange class-action suit brought by Vietnam veterans who said they'd been injured by exposure to the defoliant.
1963: The United States launches the Telstar 2 communications satellite.
1789: America's first inaugural ball is held in New York in honor of President George Washington, who had taken the oath of office a week earlier. 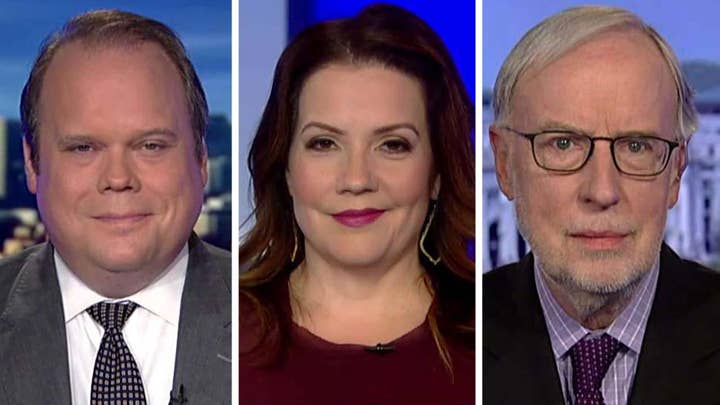 Watch the "Special Report" All-Stars Joe Biden's momentum as 2020 Democrats struggle to stand out in a very crowded field of presidential candidates.

Do you consider yourself an Influencer? Become a trusted adviser in our Fox News community and help guide our brand’s future. Click here to find out how.

Fill out our qualification survey and join us. Thank you for your continued support in our company's growth.