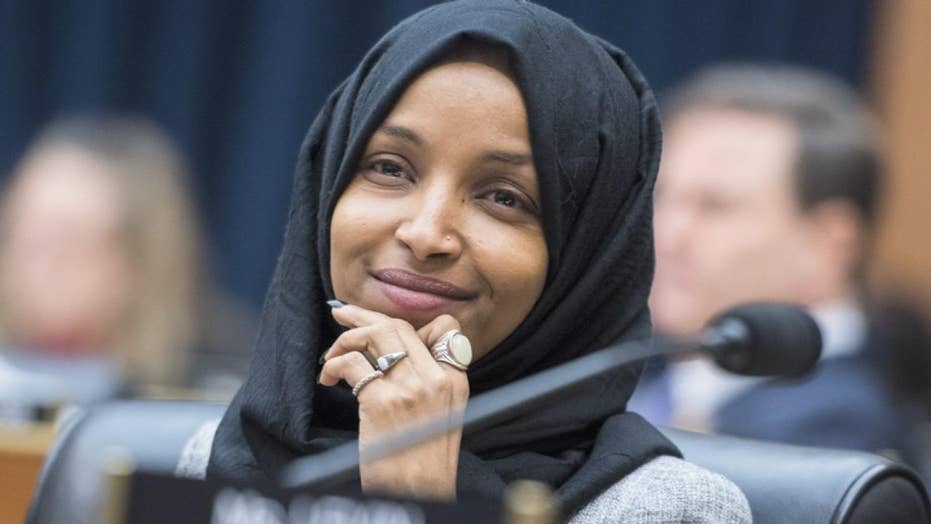 Republicans were harsh to condemn freshman Rep. Ilhan Omar, D-Minn., who tweeted Sunday night about this weekend’s violence in Israel, the worst in a string of flare-ups since a 2014 war.

“How many more protesters must be shot, rockets must be fired, and little kids must be killed until the endless cycle of violence ends?” Omar tweeted. “The status quo of occupation and humanitarian crisis in Gaza is unsustainable. Only real justice can bring about security and lasting peace.”

DAVID JEREMIAH: AMERICA'S FUTURE DEPENDS ON OUR RELATIONSHIP WITH ISRAEL

Twenty-five Palestinians, including at least 10 militants, and four Israeli civilians were killed before a ceasefire was reached Monday. They were the first Israeli fatalities from rocket fire since the 50-day 2014 war.

Nikki Haley, former U.S. ambassador to the United Nations, tweeted: “Agreed @IlhanMN so what should be done about Hamas? They are the ones behind all of this.”

Israel and Hamas are bitter enemies who have fought three wars since the Islamic group seized control of Gaza from the internationally recognized Palestinian Authority in 2007.

Israel considers Hamas, which seeks Israel’s destruction, a terrorist group, while Hamas sees Israel as an illegal occupier. They do not speak to one another, communicating through Egyptian, Qatari and U.N. mediators.

Omar has been slammed with allegations of anti-Semitism.

Pelosi said she does not believe that Omar is anti-Semitic, and then slammed President Trump for accusing the Minnesota lawmaker of such prejudice.

His son, Donald Trump Jr. tweeted: “It’s deeply troubling that we’ve reached the point where no one is shocked when sitting members of congress, like @IlhanMN & @RashidaTlaib, side with Hamas terrorists over Israel. By remaining silent, democrat leadership & presidential candidates are endorsing this insanity.”

In the latest fighting, Hamas and the smaller Islamic Jihad militant group launched roughly 700 rockets into Israel over two days, while Israel responded with several hundred airstrikes on militant targets in Gaza.

Charlie Kirk, an advocate for young conservatives, tweeted: “Israel is a sovereign nation just like America They have a right to defend themselves from brutal rocket attacks—like the recent 700 missiles at Israel So why do @IlhanMN and @RashidaTlaib side with our enemies? How would they respond if the United States was attacked? ”