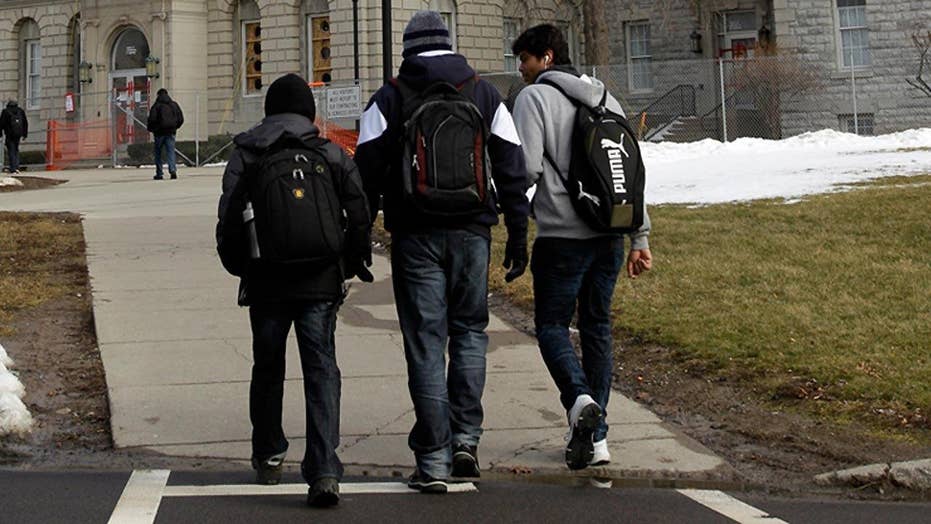 Narcissistic, entitled, lazy, and over-connected to social media -- these are some of the common descriptions today about our generation of millennials.

The pressure to "look good" and perform on social media is taking a lot of energy by these young people, and many spend too much time in the virtual world. But to be fair, I have also noticed a more noble and selfless side to many of them.

OPINION: WHAT A RECENT JAILHOUSE VISIT TAUGHT ME ABOUT MIRACLES

Brian Finn, a Harvard graduate and 31-year-old hedge fund manager in New York City, recently organized a fundraiser with over 60 fellow hedge fund managers. He used his social media network to organize a roof top party, and during the party he made a pitch for his friends to be more generous.

Finn has also been mentoring a "little brother" in the Bronx for the past few years. As he mentioned during his interview with CNBC, "Unless you are out on the streets with these people, you don't know what it is like. It totally changes your perspective on this issue."

His point was that it is not enough to write checks -- you need to have some real skin in the game.

Fr. Jason Smith, LC, director of Regnum Christi in New York and a part-time chaplain at Old St. Patrick's Cathedral, also noted, "It is inspiring to see a church full of young adults who are coming not just for fellowship but to find a spiritual oasis in Manhattan. Talking with many of them one-on-one, I have noticed both a deep spiritual hunger and a desire to use their gifts to reach out to others in need."

The Lumen Institute has a fellowship group of young men and women also committed to service. Several are involved with the Covenant House mission. And 10 of our fellows recently attended "Christmas with Santa" sponsored by Catholic Charities, in which they collected presents for needy families after a wish list was circulated.

They have also been helping out at St. Peter's Catholic Church in Yonkers, New York, visiting some of the poorer families and perhaps even helping out with the catechism program as well.

In short, many of our millennials are focused on giving back to the poor and using their talents online and offline to make a dent for good. Magnanimous millennials -- we need more of you!

Fr. Michael Sliney, LC, is a Catholic priest who is the New York chaplain of the Lumen Institute, an association of business and cultural leaders.