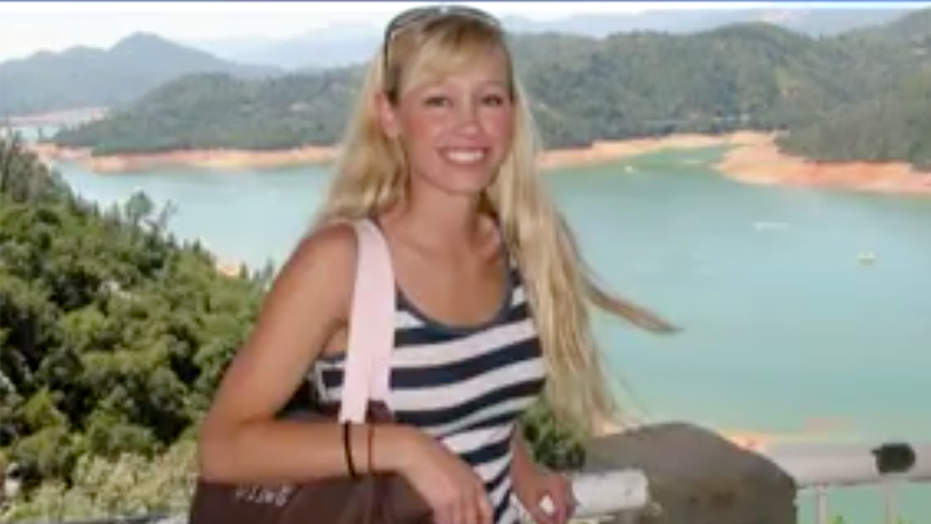 A married California woman who allegedly claimed to have been abducted and beaten, prompting a massive police search effort, in an effort to spend time with a boyfriend was granted bail Tuesday.

Sherri Papini, 39, of Redding, California, was ordered held on a $120,000 bond Tuesday and will appear for a preliminary court hearing on March 25, the Justice Department said. She is charged with making false statements to a law enforcement officer and mail fraud, which stems from 35 payments totaling $30,000 in victim's assistance funds.

Papini vanished on Nov. 2, 2016, supposedly while on a jog. She was found 22 days later in Yolo County with a "brand" on her right should and bound, federal prosecutors said. She falsely claimed two Hispanic women had taken her at gunpoint, authorities said.

Sherri Panini leaving her Redding, California, home a few months later after she claimed she was kidnapped. On Tuesday, a federal judge set her bail at $120,000.  (Mega )

She even provided a description of the alleged abductors to an FBI sketch artist.

"In truth, Papini had been voluntarily staying with a former boyfriend in Costa Mesa and had harmed herself to support her false statements," according to a press release last week from the U.S. Attorney's Office in the Eastern District of California.

Papini's husband reported her missing after she failed to pick their children up from daycare and he was unable to locate her, prosecutors said. She was found on Nov. 24, 2016, nearly 150 miles from home.

She had lost a considerable amount of weight and her hair had been cut shorter, authorities said. She was also branded on her right shoulder, but the exact content of the brand was unclear, according to court documents.

She was found had bruises on her face, arm, thigh, ligature marks on her wrists and ankles and burns on parts of her body. Upon her disappearance, Papini's husband went searching for her and found her cellphone and earbuds. When she re-emerged on Thanksgiving Day, investigators tested her underwear for DNA, and it matched an unknown male.

When the sample was submitted to a database, investigators located a relative of the DNA donor, which eventually led them to her ex-boyfriend.

The FBI poster of the alleged suspects in the kidnapping of Sherri Papini. (FBI)

The former boyfriend admitted to picking up Papini near where she was last seen and that he helped her create some of her injuries and burns, court documents said.

During an interview with federal and local investigators, Papini was warned that it was a crime to lie to federal agents upon being presented with evidence that she had not been abducted. Instead of retracting the story, she allegedly doubled down.

Fox News has reached out to Papini's attorney for comment.

The multi-state search for her and the five-year search for who reportedly kidnaped her diverted resources from other cases, Shasta County Sheriff Michael Johnson said. In total, the investigation costs $150,000, by conservative estimates, he said in a Facebook post last week.

"Not only did this charade take valuable resources away from real criminal investigative matters, but in a time where there is serious human trafficking cases with legitimate victims Sherri Papini used this tragic societal phenomenon to gain notoriety and financial gain," he wrote. "All of law enforcement in Shasta county was put on a national stage and subjected to scrutiny and criticism for the handling this case."

Papini faces up to 25 years in prison and thousands of dollars in fines.