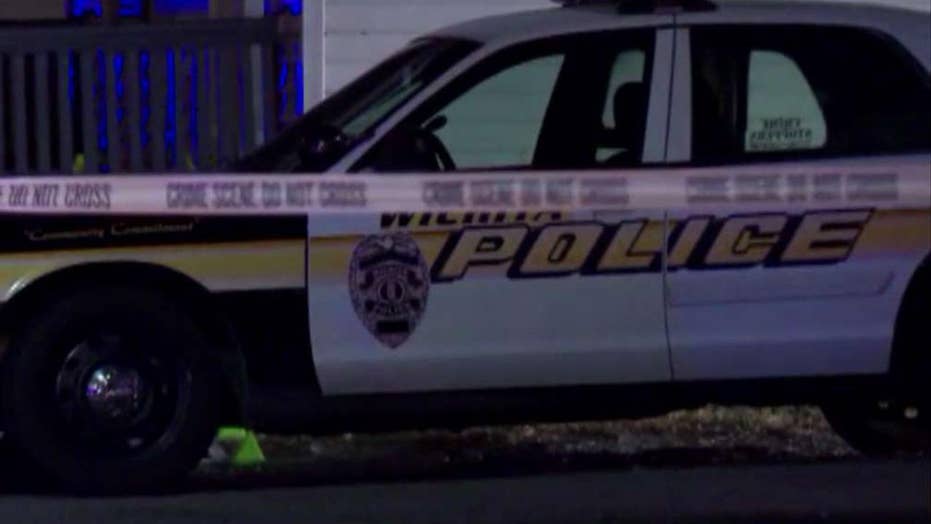 Multiple billboards seen in Kansas on Friday called for the prosecution of a police officer after he shot and killed an unarmed man during a fake emergency call last year.

Andrew Finch, 28, was killed in December after a prankster called 911 with a sham story about a shooting and kidnapping at Finch’s Wichita home. Police called the hoax call a case of “swatting,” in which a person makes up a false accusation to get a SWAT team to go to the target’s address.

The suspected man behind the false report, Tyler Barriss, is currently behind bars on $500,000 bond. He was charged for involuntary manslaughter, giving false alarm, interfering with law enforcement, and false reporting a felony.

Police said that during the fatal SWAT raid, officers asked Finch to put his hands up and move slowly. He allegedly moved his hand toward the area of his waistband – prompting a police officer to shoot him, fearing he was reaching for a gun. Finch was unarmed, police later admitted.

But the family of the victim and local community are not satisfied with the explanation and call for the prosecution of the police officer who shot Finch during the raid, KWCH reported.

Four billboards erected across the city read: “ANDY FINCH IS DEAD. IF YOU BELIEVE IN JUSTICE, IT'S TIME TO FILE CHARGES.” The group calling itself “Justice for Andy” is behind the message, although who is running the group remains unclear.

Lisa Finch, the victim’s mother, told KWCH that she is happy to see the billboards.

“This really matters to people. Complete strangers are willing to do stuff on behalf of my son, and to a grieving mother who lost that son, I cannot describe what that means to me," she said. "It makes it just a little easier to deal with to know that so many people care about what happened to my son."

“ANDY FINCH IS DEAD. IF YOU BELIEVE IN JUSTICE, IT'S TIME TO FILE CHARGES.”

“Justice for the Finch family constitutes criminal charges against the shooting officer and any other liable officers as well as damages against the city of Wichita for the policies and practices of its Police Department,” Stroth said.