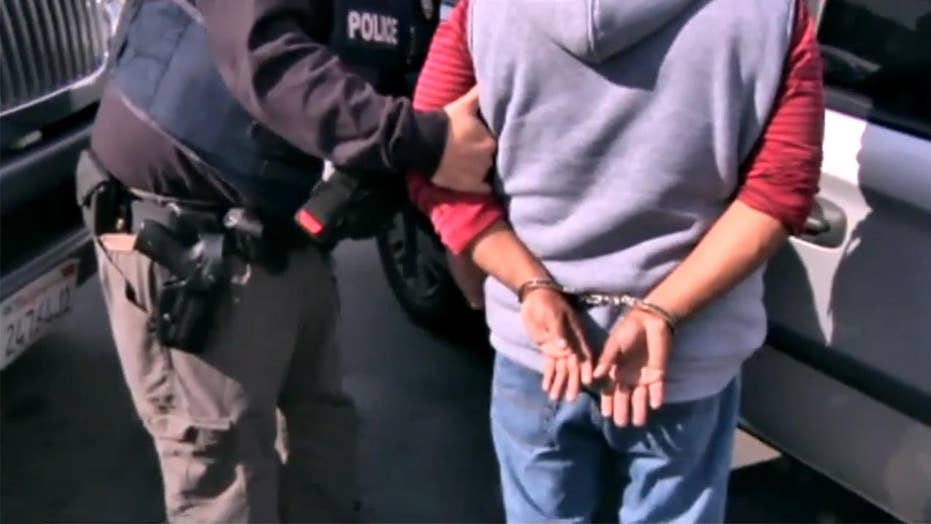 SEATTLE – The former chief counsel for U.S. Immigration and Customs Enforcement in Seattle acknowledged in court Thursday that he stole the identities of people facing immigration proceedings and used them to run up credit card and other bills totaling more than $190,000.

In a plea agreement, he said took personal information from immigration files and then forged identification documents, such as Social Security cards and drivers' licenses, in his victims' names. Sometimes, he said, he used a picture of a murder victim that had appeared in a newspaper as a license photo.

He used the forged IDs to obtain lines of credit, used credit-monitoring services to determine which of his victims had the best credit, and listed three victims as dependents on his income tax returns.

"It is the duty of our federal immigration authorities to ensure the honest enforcement of our nation's immigration laws," Acting Assistant Attorney General John Cronan said in a news release. "Raphael Sanchez betrayed that solemn responsibility and abused his official position to prey upon aliens for his own personal gain."

Sanchez pleaded guilty to wire fraud and aggravated identity theft in U.S. District Court on Thursday. He acknowledged he defrauded financial institutions, including Bank of America and Capital One, and told U.S. Magistrate Judge John L. Weinberg that his victims were vulnerable due to their immigration status. His attorney and prosecutors agreed to recommend a four-year prison term when he's sentenced in May.

The Justice Department's Public Integrity Section said that beginning in 2013, Sanchez stole the identities of at least seven people in various stages of immigration proceedings -- and investigators found the personal information and official documents of 20 others when they searched his home.

Cronan credited ICE with "quickly and fully investigating this matter."

"Raphael Sanchez is a good person who has made serious mistakes," his attorney, Casey Stamm, said in a written statement. "Mr. Sanchez does not offer excuses for his acts; rather, he simply provides his sincere and immense regret."

Sanchez is the second lawyer in ICE's Seattle office to run into legal trouble in recent years. Jonathan Love pleaded guilty in 2016 to a charge that he forged documents in an effort to deprive an immigrant of the legal permanent resident status to which he was entitled.

"The prosecution of ICE Chief Counsel Raphael Sanchez underscores the perception that ICE is a rogue agency," Rich Stolz, executive director of the immigrant rights group OneAmerica, said in a written statement.

"When law enforcement officials are the ones being investigated for crimes they have committed, and when long-time community members are being torn from their families due to unauthorized status alone, one must ask whether any increased investment in immigration enforcement makes sense for the nation, or for ICE, an agency that still needs to get its own affairs in order."

In a news release, ICE Deputy Director Thomas Homan said he was "appalled by these egregious, independent acts of criminal misconduct by Mr. Sanchez."

But he added that he remained confident in the agency and its Seattle office.

"I am grateful to the men and women of ICE who do their job with the utmost professionalism every day," he said.