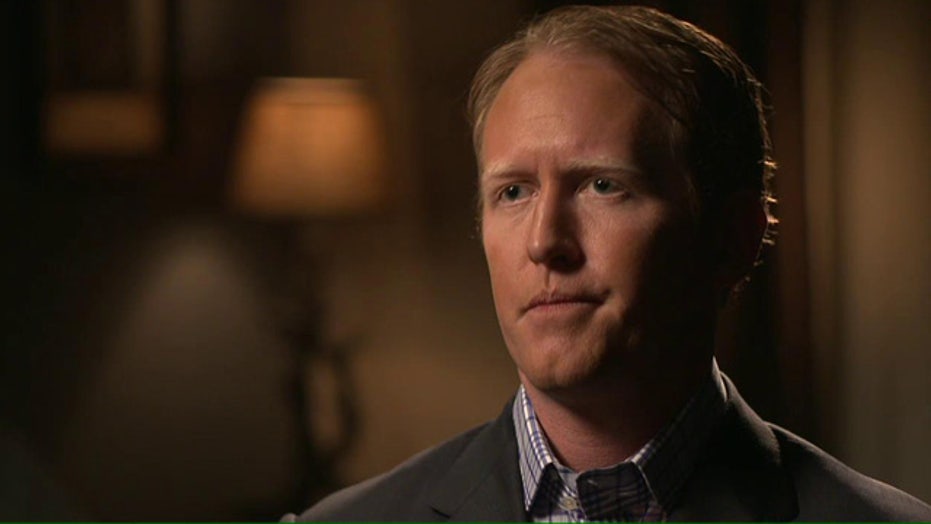 Robert O'Neill's encounter with the world's most wanted man

The former Navy SEAL who shot and killed Usama bin Laden told Fox News’ Peter Doocy in an exclusive interview that it was "just luck" he ended up being the man to pull the trigger and he met the terrorist “for a second, that’s it.”

In part two of “The Man Who Killed Usama bin Laden," Rob O'Neill said it was just chance that he ended up being the shooter in the famous mission at bin Laden's compound in Pakistan in 2011.

O'Neill described how after making it into the compound with his team, he entered the room and saw bin Laden.

“Standing on two feet in front of me, with his hands on his wife’s shoulders behind her was the face that I’d seen thousands of times, UBL,” he said. “Very quickly I recognized him and then it was just pop, pop pop.”

He added: “I was standing above him when he took his last breath and I heard it audibly.”

After bin Laden’s death, the SEALs’ mission was not over. O’Neill described the team’s harrowing 90-minute flight back to Afghanistan after completing the raid, saying the team knew at any moment they could be shot down from the sky.

"Eighty-something minutes into it, somebody came over the radio to everybody and said, 'All right gentleman for the first time in your lives you’re going to be happy to hear this…welcome to Afghanistan,’” he says. “And everyone was like; oh my God…we just did it.  We just pulled it off and we got him.  And we all lived.  We’re all fine.  It was insane.  So then, there was high-fiving and stuff. Guys were, cause I mean, we got Usama bin Laden and we’re going to live…amazing."

O’Neill said that during his military career, he consistently reassured his mother that he would be safe because he knew he was “here to do something special.” He said when he spoke to his mother after the raid he indicated shooting bin Laden was it.

“(I said) ‘Hey mom, you can start worrying now. That special thing I’m supposed to do, I’m pretty sure it just happened,” he said.

In part one of the Fox News documentary, O’Neill described how he went from a kid growing up in Butte, Montana to become the highly-trained SEAL .

O'Neill, who rose up in the ranks to become a member of the Navy's elite SEAL Team 6, had previously been a part of such missions as the rescue of the crew of the Maersk Alabama from Somali pirates, which was depicted in the movie "Captain Phillips."

O’Neill said that he and the other SEALs did not think they would make it out of the compound, but he said they felt that the mission would be worth sacrificing their own lives.

“We are going to die eventually, this is a good way to go and it's worth it to kill him,” he said they thought. “He's going to die with us."

O'Neill said he has thought about the mission every day in the years since it happened.