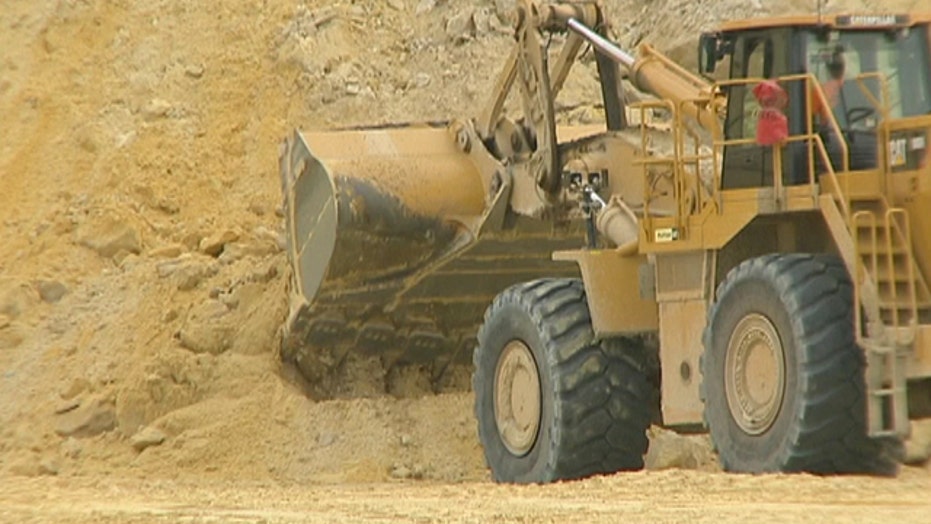 It’s not a gold rush, but a sand rush that is taking place in the Midwest, where a rare type of sand used in the energy extraction process known as hydraulic fracturing is exclusively found.

The smooth, round, very strong white sand known as “Northern White” or “Ottawa White” is pitting neighbor against neighbor, and neighbors against sand mining companies. The sand is 99.5 percent pure silica,

The special sand is sold to the hydraulic fracking industry for use as a proppant in the drilling process, which forces fossil fuels from deep within the earth. When the hydraulic pressure is relieved from the well, the sand is pumped into the well to hold open the small fractures in the rock while allowing oil and gas to pass up to the surface.

Sand and water are used in that process and the particular sand in the Midwest is the best the industry can get. Its smooth round shape makes it “act like BBs, letting oil and gas pass through” McTee said.

With horizontal drilling, even more sand is needed because the borings travel extend farther. That's made the ultra pure Ottawa White sand became much more valuable. As a result, nearly a dozen companies set up shop to mine for sand among the farmlands in La Salle County, Ill., Tunnel City, Wisc., and places in Minnesota and wherever the sand is found.

Neighbors had mixed reactions. For those struggling to find work it was a blessing.  And some farmers have been able to cash in by selling their land to mining companies at high profit.

“The demand for this high quality sand is revitalizing these communities, it's bringing jobs back, it’s bringing families back, and it’s putting a paycheck in the pocket of many people that didn’t have one,” said Phil Flynn, an energy analyst for The Price Group, in Chicago.

But others, like Mary and Monty Whipple, of LaSalle County, Ill., worry that farmland is disappearing from America’s heartland.

Northwestern University environmental attorney Nancy Loeb said she’s not necessarily concerned about sand mining per se, she’s concerned about where and how it’s being done.

“What they’re doing is a very short term infusion of money to a limited number of people in these towns, but the farmland is gone forever," Loeb said.

Sixty-two-year-old Larry Flynn’s family has been farming since the 1800’s.

"I've got cattle and horses and corn and beans and alfalfa," he said.

He’s also now got a “for sale” sign posted on the edge of his property in Utica, Ill.

“We really don't want to sell but with these sand mines, I've got one to the south of me and they bought some ground to the west,” Flynn said. “I'm going to be like a little island in the sand mines.”

But Flynn thinks he can sell his land for $50,000 an acre, which takes some of the sting out of the deal.

Financially-strapped towns are also figuring out that a lot of money can be made by annexing land and selling it to sand mining companies. Those towns often also share in the company’s profits.  As a result, residents see a reduction in their taxes.

“It’s not only the financial benefits that you see from a tax point of view, it’s the jobs we create and it’s the ancillary jobs that are created by us doing business in the area,” McTee said.

And those jobs could be around for a long time. Some estimates report there’s enough sand in the Midwest to mine for at least 25 years. Sand has become the newest cash crop.