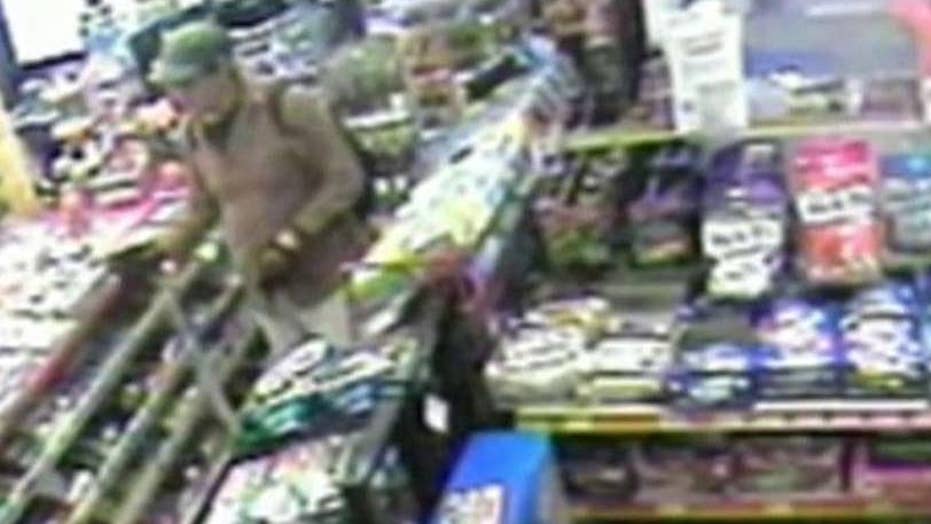 A person of interest described as "extremely dangerous" is being sought for questioning by San Diego investigators Wednesday in connection with what they call "senseless, random" attacks on at least four homeless men, two of whom died.

Officers told Fox 5 that the latest victim, who was set on fire early Wednesday, is not expected to survive.

Police released convenience store surveillance video of the unnamed person of interest wearing a baseball cap, jacket and a backpack. They describe him as 30 to 50 years old.

According to police, one of the victims suffered extensive trauma to his upper torso and died before his body was set on fire. He was identified as Angelo De Nardo, 53, who had family in Pennsylvania. His badly burned body was found Sunday morning between Interstate 5 and some train tracks.

Police said the person of interest was seen running from the fire.

On Monday, police responded to a 911 call of a second man who suffered life-threatening injuries to his upper torso. Nisleit said Tuesday that doctors expected him to survive.

A few hours later, police discovered a second victim killed: a man who was bleeding from the upper torso.

Other than De Nardo, the other victims were not identified.

Some homeless men told The San Diego Union-Tribune that the recent attacks have put them on edge.

“It’s scary to think this could happen to me,” Chris Moton, 35, told the paper. Moton sleeps on his own, away from other homeless in the city.

The members of the transient community also told The Union-Tribune the recent attacks force them to keep at least one eye open while they sleep.

“We bound together for protection,” 49-year-old Anthony Jones said.

Bob McElroy of the Alpha Project, a group that serves the homeless, has offered the community some tips on how to stay safe.

“Our teams are making people aware, telling them to sleep in groups and keep an eye on each other,” McElroy said. “We’ve got a lot of free-rangers who sleep by themselves and that seems like a dangerous thing to do at this point.”

Since the attacks, police have been patrolling the transient areas and telling people about the attacks, despite concerns from critics that officers would be reluctant to hunt for the person who had been committing the murders because the victims were homeless.