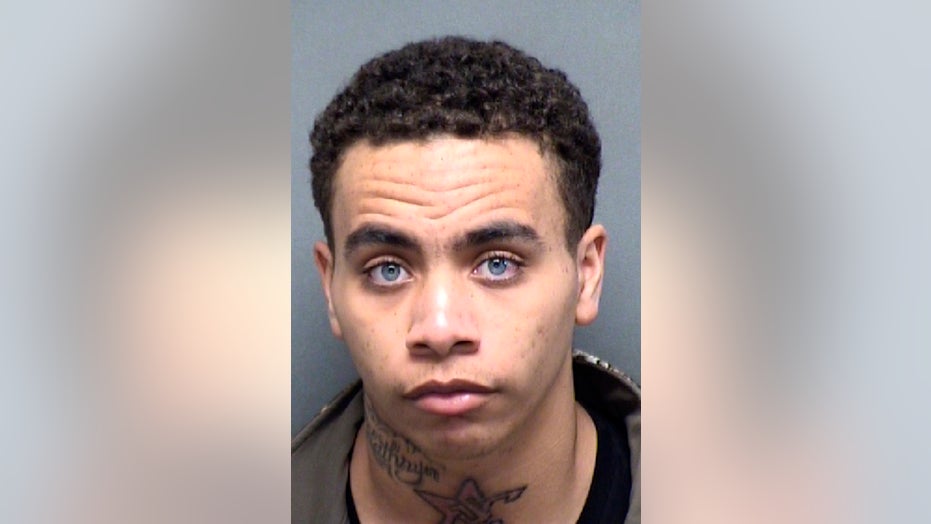 SAN ANTONIO — Police have arrested a 19-year-old man in a shooting that left two men dead and at least five people injured at a concert in San Antonio, Texas.

Kieran Christopher Williams will be charged with capital murder for allegedly opening fire during an argument Sunday at a bar on the Museum Reach portion of the San Antonio River Walk, police said Monday.

Officers were called around 8 p.m. Sunday to the Ventura, where they found several people injured and the suspected gunman gone, after what a witness described as a chaotic rush to escape the gunfire.

The medical examiner's officer identified the men killed as Robert Martinez, 21, and Alejandro Robles, 25, police said. A 46-year-old woman and four male teens between the ages of 16 and 19 were hurt but are expected to survive their injuries, police said.

Kiernan Christopher Williams will be charged with capital murder for allegedly opening fire during an argument Sunday at a bar on the Museum Reach portion of the San Antonio River Walk, police said Monday. (Bexar County, Texas, Sheriff’s Office via AP)

An attorney for Williams could not be immediately reached.

It was not the only shooting at an entertainment venue Sunday night. Two people were shot and killed and at least 15 were injured in a shooting outside a bar in Kansas City, Missouri, just before midnight. Police believe the shooter is one of the two who was killed.

In Texas, an argument broke out inside the club and one person pulled out a gun and started shooting, San Antonio Police Chief William McManus said. One victim died at the scene, and another six were transported to a hospital, where one was pronounced dead shortly after arrival.

Police said the shooting was “not a random incident" and that at least one of the victims knew Williams. McManus said preliminary information indicates the people shot were all patrons, rather than staff. ble.

Jacob Flores said he was among the 25 to 30 patrons in Ventura when someone shot toward a performer and the venue turned into “chaos."

“As soon as everyone heard the shots, everyone bolted out,” Flores, a 17-year-old musician, told the San Antonio Express-News. “My life flashed before my eyes.”