Prosecutors in upstate New York asked a judge Wednesday to withhold the names of witnesses from the man accused of stabbing author Salman Rushdie until the trial nears.

During a court appearance by Hadi Matar, Chautauqua County District Attorney Jason Schmidt requested a protection order be placed for the witnesses and asked for an additional 70 days to present evidence to the defense, the Jamestown Post-Journal reported.

He said the request stems from his office receiving more than 30,000 files of evidence from law enforcement agencies, the Erie Times-news reported.

BILL MAHER REACTS TO SALMAN RUSHDIE ATTACK: DON'T COME AT ME WITH 'ISLAMOPHOBIC' TO SHUT OFF ISLAM DEBATE

"We total it to be 90 days from the arraignment," Schmidt said following a hearing Wednesday at Chautauqua County Court, the newspaper reported. "We are required by statute to declare trial readiness by 90 days, otherwise a defendant can be discharged from the county jail."

Fox News has reached out to the district attorney's office and the county public defender.

Matar, who has pleaded not guilty, allegedly attacked Rushdie during an Aug. 12 lecture at the Chautauqua Institution education center. Schmidt reportedly noted that Matar may have been motivated by a $3 million bounty placed on Rushdie by the late Ayatollah Ruhollah Khomeini of Iran.

The fatwa was issued after Rushdie authored "The Satanic Verses," a book banned in Iran since 1988 and is considered blasphemous by some Muslims.

"There’s nothing that’s been provided to us to show that the Iranian government is actively supporting the attack on any supporters of Mr. Rushdie who may come forward to testify," Matar's public defender Nathaniel Barone said during his opposition to Schmidt's motion, according to the Post-Journal.

Iran has denied any responsibility for the attack against Rushdie. 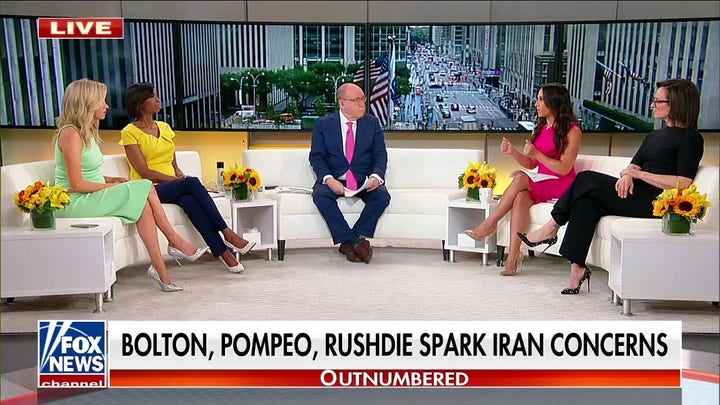 A court hearing has been scheduled for Friday over the matter.