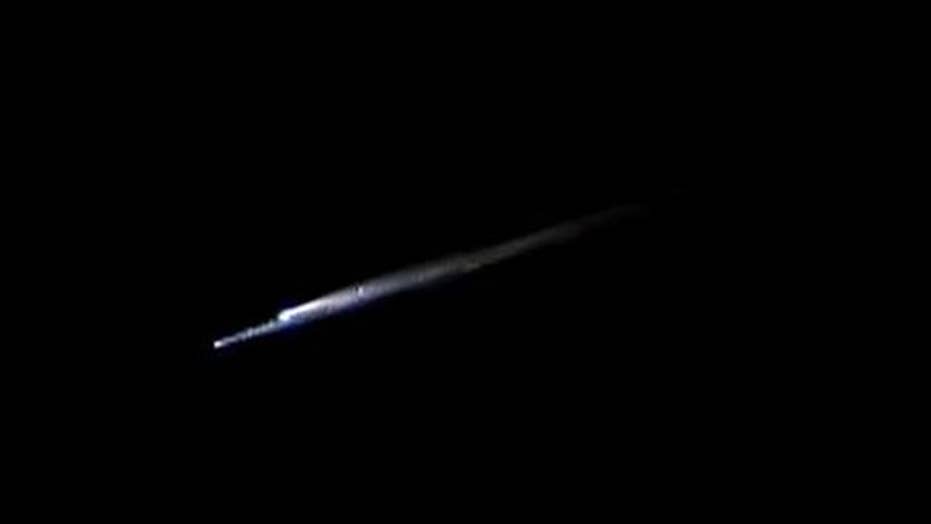 U.S. officals said late Tuesday that debris from a Russian rocket was the cause of a bright light seen in the sky across Southern California, Nevada and Arizona earlier in the evening.

Thousands of people saw the light Tuesday, sending them into a social media frenzy reminiscent of the unannounced Nov. 7 Navy missile test that caused a similar streak to be seen across the Western U.S.

The rocket booster seen Tuesday had a bright white glow and several other streaks could be seen as it broke apart.

Airport officials in Las Vegas and Los Angeles confirmed to local media outlets that the object was not a plane.

Nevada Highway Patrol trooper Chelsea Stuenkel told Fox 5 Vegas that police were called to an area to investigate a possible meteor impact, but nothing was found. Similarly, the Los Angeles Police Department told the Los Angeles Times that it had not received any calls related to the lights.