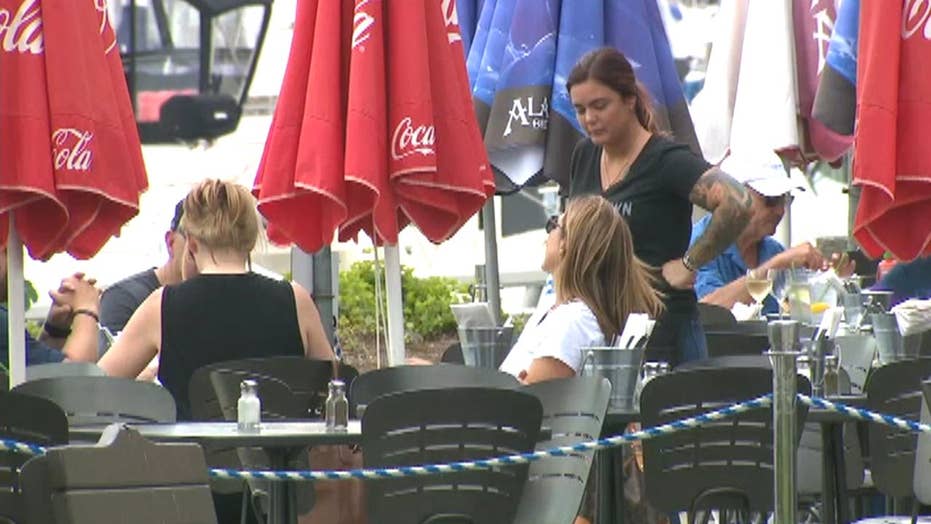 Restaurants Unlimited says high wage expenses for workers could not be offset by profits; Dan Springer reports as the House prepares to vote on a federal minimum wage hike.

Businesses fail all the time for all kinds of reasons. But when Restaurants Unlimited filed for Chapter 11 bankruptcy protection last week, people noticed. The company owns 35 upscale restaurants located primarily on the West Coast, including seven in Seattle.

In its filing, it declared, “Over the last three years, the company’s profitability has been significantly impacted by progressive wage laws along the Pacific coast…the result was to increase the company’s annual wage expenses by an aggregate of $10.6 million.”

It went on to cite three examples where minimum wages have risen dramatically over the last three years. Portland now requires $12.50 an hour, an increase of 35 percent. San Francisco’s minimum wage has climbed 41 percent to $15.59 per hour. And Seattle, the first city with a $15 minimum wage, now forces large employers to pay at least $16 an hour.

Restaurants Unlimited, which is based in Seattle, did raise menu prices and even added a living wage surcharge to bills. But it still lost money.

“I think what Restaurants Unlimited found out is that they can’t pass along the full impact of that labor cost increase to customers through their prices, said Michael Saltsman of the Employment Policies Institute. “People can stay home, people can eat out less often.”

Ethan Stowell is a successful restaurateur with 14 high-end restaurants in Seattle. He supports the city’s minimum wage law, but admits that it has forced him trim staff to be more efficient.

“I think it’s just the cost of doing business has gone up, and it’s really hard to adjust your prices at a restaurant at the speed the market changes,” Stowell said.

Despite the high minimum wage in Seattle, 111 new restaurants have opened in the city since May. The unemployment rate is at 3.4 percent, slightly less than the 3.7 percent U.S. jobless rate. Proponents of a higher minimum wage say Restaurants Unlimited is making worker’s pay a convenient scapegoat.

“They made some bad business decisions,” said former Washington State Rep. Jessyn Farrell of Civic Ventures. “There were a couple openings that didn’t go well, and I think what’s really telling is they aren’t closing restaurants in Seattle.”

GROWING PUSH TO RAISE THE MINIMUM WAGE FOR TIPPED WORKERS

Just before filing for bankruptcy, Restaurants Unlimited did close six of its unprofitable locations. None are among the seven restaurants it runs in Seattle and one is in Indiana, where the minimum wage is set at the federal rate of $7.25.

The wage debate unfolds as Congress prepares to vote on the Raise the Wage Act, which would boost the federal minimum wage to $15 an hour by 2026. Nearly all of the Democrats running for president in 2020 support the increase.

But the non-partisan Congressional Budget Office said there would be a serious downside. In its report issued last week, it said 17 million workers would get a pay raise, with another 10 million people who are making just above $15 likely to also see a boost. It said 1.3 million people would be lifted out of poverty, but up to 3.7 million people would lose their jobs as companies cut the lowest-skilled employees to save on rising labor costs.